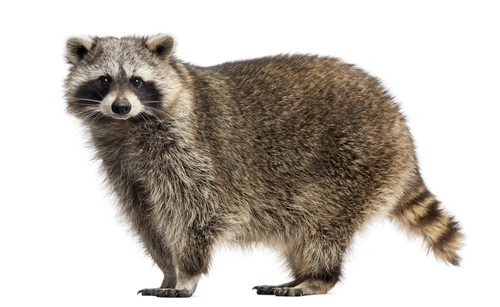 A raccoon shot to fame after scaling a 23-story skyscraper.

Hundreds of thousands of online watchers were gripped as live footage of the climb was beamed around the world.

The animal took it upon itself to climb up the 305-ft-high St Paul’s USB building in Minnesota, apparently in search of food.

It is thought the animal may have initially got lost and continued going upwards after being scared by people attempting to rescue it.

He appeared to defy gravity in scaling the vertical face of the building and finally ended up on the roof.

Many onlookers had been worried for its wellbeing as it clung to the face of the building and slowly inched its way upwards, occasionally resting on ledges.

A live audience on the ground and online watchers were on tenterhooks as the little daredevil made the nerve-racking climb. But he didn’t falter and finally reached the top after a day-long ascent.

When the animal reached the roof he was caught by animal welfare staff.

You’re the One I Want

0 comments on “Sky’s the Limit for Plucky Raccoon”