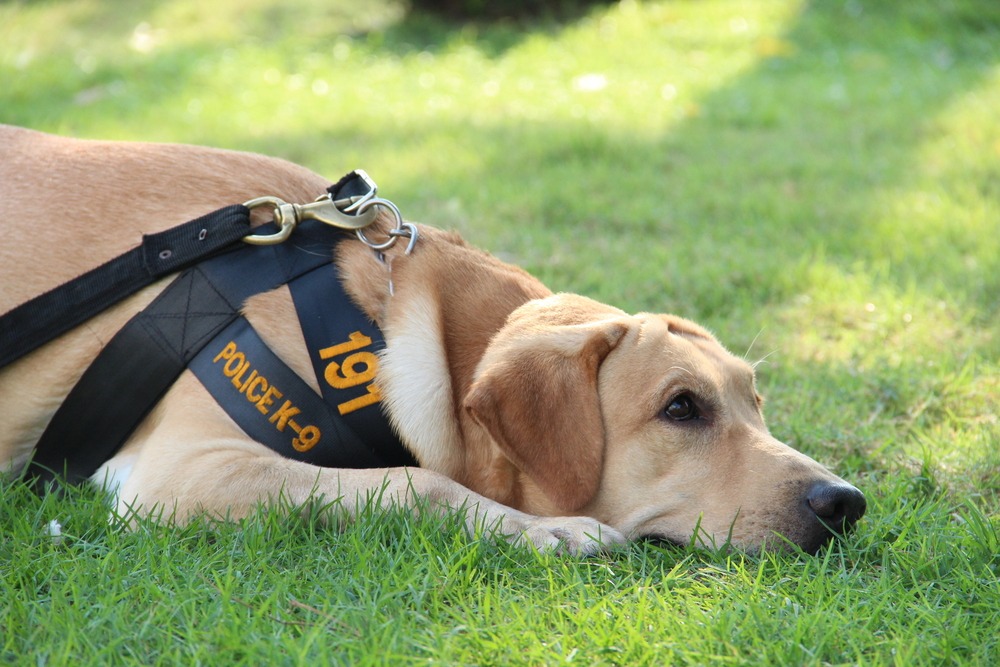 A stray pup rescued from death row is now leading the fight against drugs.

Gator, who was born deaf, was dumped outside a shelter and was set to be put down as “unadoptable” until rescue workers stepped in.

Now he has been trained and is sniffing out illegal drugs with the Department of Corrections.

Gator was saved when staff from Swamp Haven animal rescue in St Augustine, Florida, heard of his plight.

They took him from a local shelter where he was due to be put down and drove him across America to give him a new life.

The group contacted Olympic Peninsula Humane Society in Washington state, which was starting a deaf dog training program, to see if they’d be interested in the lively and charismatic animal.

When he arrived staff renamed him Ghost and spotted his energy and intelligence.

The contact Barbara Davenport who trains dogs for public service.

She said: “What caught my attention and let me know that Ghost was a prime candidate for drug contraband detection was that he has a lot of high energy and seems indifferent with people.

“High-energy dogs need a good outlet, which often takes a lot of time commitment from an owner. Additionally, because he is deaf, owners would need to learn new skills to communicate with him.”

“He was very focused and determined to locate his ball when thrown or hidden. This makes for a more trainable dog.”

Ghost has finished training with his new handler, Joe Henderson, who worked with Davenport to invent a new hand signal training system just for him.

He now searches for drugs in prisons and other state facilities.

“It was definitely a team effort to save Gator/Ghost, we’re so happy to be a small part of his journey,” says Kelley, who was the first to recognize the potential in the energetic pup.

“We’d love for his story to not only promote adoption but also to shine a spotlight on dogs that society usually categorizes as ‘unadoptable.’”

0 comments on “Stray Dog in Fight against Drugs”