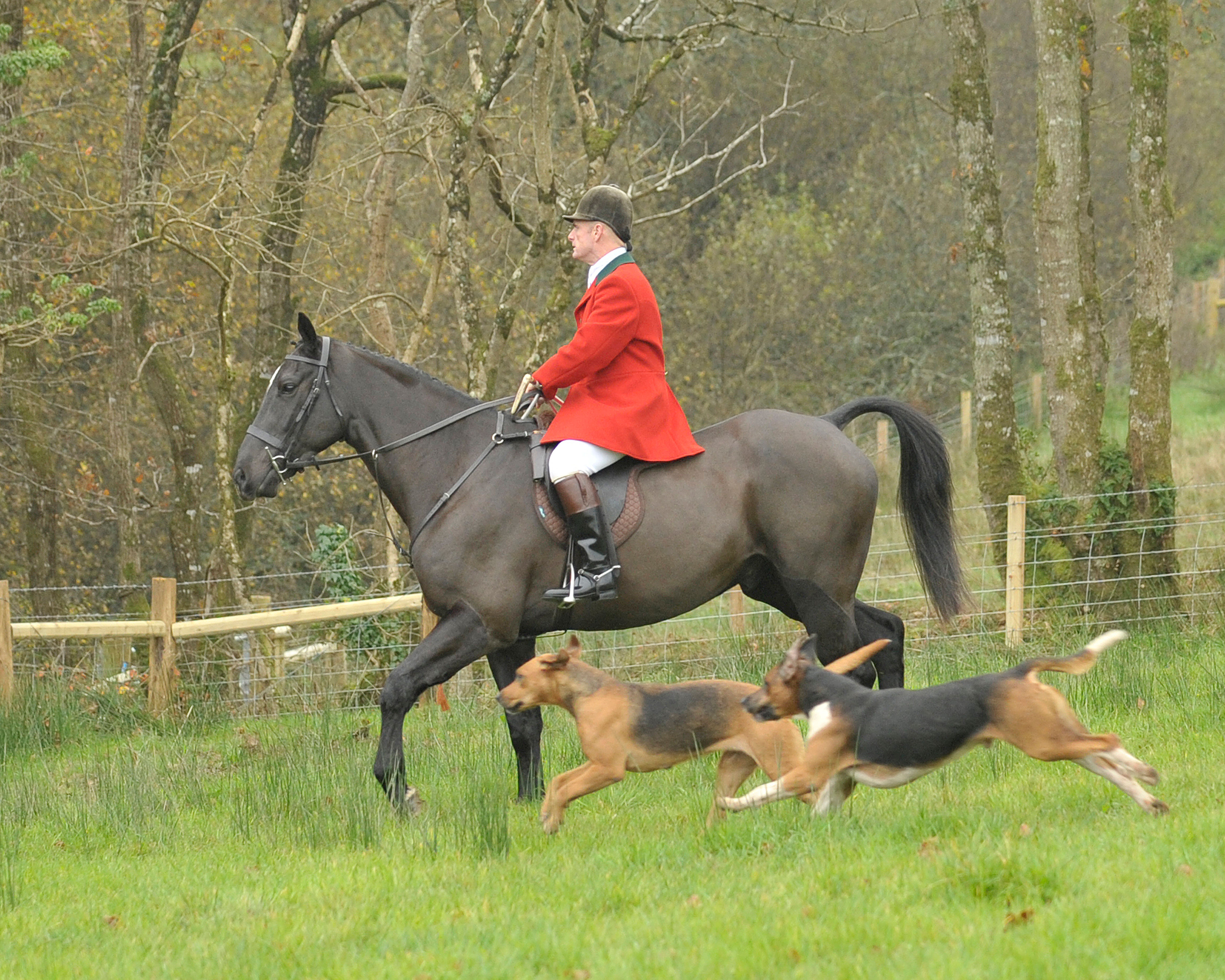 A JUDGE wept in court as he was cleared of attacking two hunt saboteurs who he described as “class warriors” out to intimidate “good, decent people”.

Mark Davies, who is chairman of the Barlow Hunt in Derbyshire, UK, told how he hit out in self-defence after being attacked during the New Year’s Day event at the beginning of 2019.

Despite receiving a bloody nose he was the only one who found himself in the dock.

The hunt has been repeatedly targeted by activists over a number of years, the court heard.

After the incident campaigners posted naked images of Mr Davies from a charity calendar in which a concertina covered his modesty.

Speaking after the not guilty verdict the 67-year-old immigration judge told the court in tears: “They are violent people, they are there to intimidate.

“That’s why they wear masks and hoods.

“They have no interest in animals whatsoever, they are anarchists, class warriors, who simply don’t like people who go hunting.”

The court heard the hunt had been targeted by saboteurs because they believed it was involved in illegal foxhunting, but he said they only ever followed “false trails” laid down for them.

He and his wife Joan Williams, who is Joint Master of the Hunt and a former South Yorkshire Police superintendent, said they were confronted by Austin Jordan and William Robinson from the Sheffield Hunt Saboteurs’ ALA’ Association.

But Jordan and Williams alleged that they were assaulted by the couple, who told them they were trespassing on private land near Millthorpe, Derbyshire.

Mr Davies told the court he first became aware of four masked people when he heard his wife telling them to get off the land.

He said: “I felt intimidated. I told them they had no right to be there.

“As they walked forward I stepped forward and held my arms out to prevent them trespassing further.

“The next thing I recollect is being struck in the face by someone and falling to the ground. I now know that person was Austin Jordan.”

Mr Davies denied grabbing Mr Jordan, but claimed that as he got up and came to his senses he was “surrounded by two… three… four people” who were shouting at him.

He said he “jumped up in a state of shock” and took the man down with “a rugby-type tackle”.

He added: “I decided to tackle the nearest person to me. I believe that person was William Robinson.

Mr Davies said the protesters then left and he and his wife were later spoken to by police.

Mr Davies of Bradfield, Sheffield, denied assaulting both men by beating and after a two-day trial at Chesterfield magistrates’ court, the judge accepted that he was acting in self-defence.

Mr Davies added: “The Derbyshire Constabulary and the Crown Prosecution Service should hold their heads down in shame, considering the evidence seen during the course of this trial, which clearly showed I was brutally assaulted.

“It’s deplorable they chose not to arrest the person who had assaulted me.

“I am due to retire shortly and I will do so with my good character intact.”

He is now issuing formal complaints to the Chief Constable of Derbyshire and the CPS in the East Midlands.

Mr Davies has been involved with the Barlow Hunt since 1994 and became chairman in October 2018, but he no longer rides out with them.