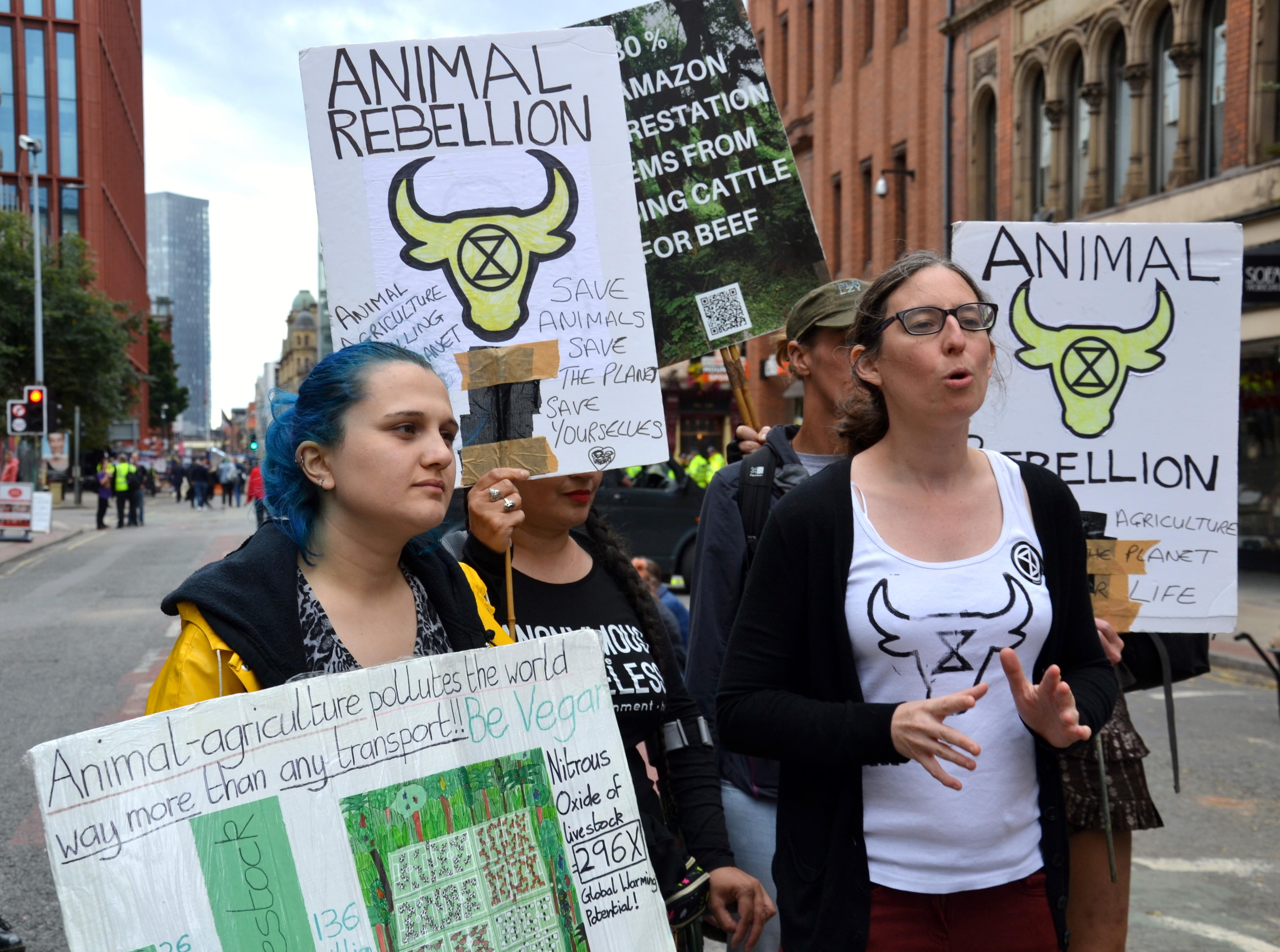 THOUSANDS of animal rights extremists are planning to blockade the largest wholesale meat market in the UK.

Animal Rebellion says it has signed up 2,000 volunteers to take part in a two-week blockade of Smithfield Market in central London but hoped an army of 10,000 would turn up.

The protest is set to be part of the next wave of Extinction Rebellion climate protests.

In April thousands of people joined Extinction Rebellion (XR) protests around the UK, including blocking key sites across London for ten days.

They called on the government to take urgent action against climate change.

Extinction Rebellion said its next wave of protests in October will be focused around Westminster as well as the Smithfield Market blockade.

Although Animal Rebellion is a separate organisation it has signed up to XR’s three demands: that the government tell the truth about the climate crisis, that the UK becomes zero carbon by 2025 and that a citizens’ assembly on climate justice is formed to decide policy.

Animal Rebellion was founded in June, 2019 when 18 of the UK’s leading animal justice organisations met and agreed to set up the new group.

It aims to highlight the “catastrophic role” that it says animal agriculture and fishing industries play in the escalating global climate emergency.

Six activists were arrested after the Brazilian embassy in London was daubed with paint in protest at the ongoing destruction of the Amazon rainforest.

There have also been smaller protests in towns and cities across the UK in recent weeks, including in Cambridge, St Ives, Weymouth and Oxford.

Dan Kidby, a spokesman for Animal Rebellion, said it hoped to have 10,000 people taking part in the Smithfield blockade.

He said: “Animal Rebellion’s message to the public, policymakers and the future citizen’s assembly is that we need to urgently end the industries of animal farming and fishing, and transition to a plant-based food system in order to avert climate breakdown, mass extinction and ensure justice for farmed animals.”

Animal Rebellion said activists were being recruited and trained in nonviolent direct action before the next protests.

0 comments on “The meat blockade plot”