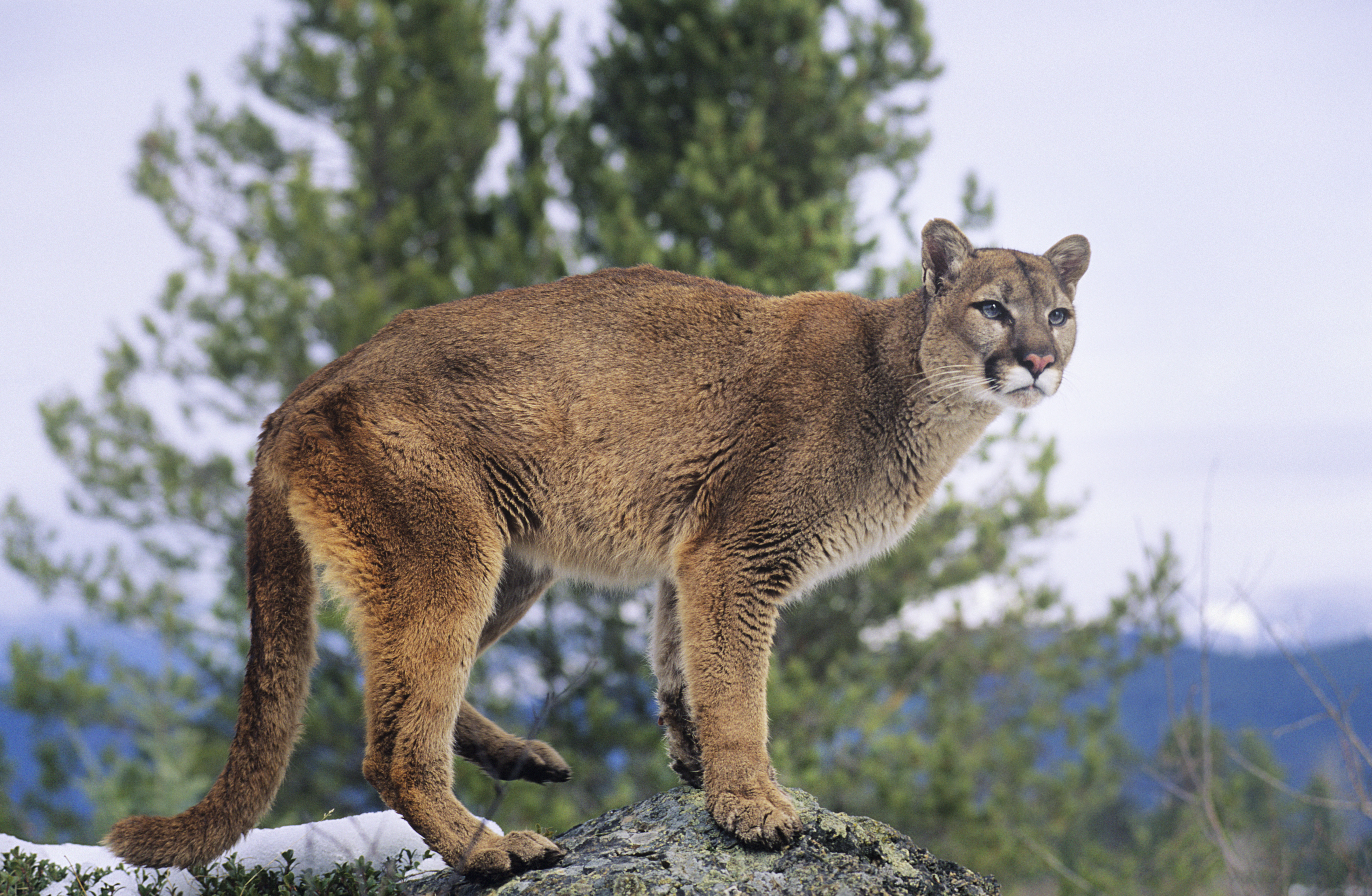 A clever mountain lion has learned to cross a busy eight-lane freeway by using a tunnel under the road.

The cougar managed to cross the 640 feet stretch in darkness beneath the noise of rumbling traffic.

Experts said it is a remarkable achievement as other mountain lions and species had always turned back in the past.

The adult male mountain lion known as P-64 had previously been fitted with a tracking collar just the day before.

The following day, the cougar headed south and surprised researchers by crossing underneath the 101 using an existing culvert.

His home range may include the northern portion of the Santa Monica Mountains, the Simi Hills and the Santa Susana Mountains, researchers say.

Adult male mountain lions can have home ranges of up to 200 square miles.

Seth Riley, wildlife ecologist for the Santa Monica Mountains National Recreation Area, said: “It’s really interesting that this mountain lion figured out how to use this extremely long and dark culvert under the freeway.”

“We have had many other collared mountain lions come close to the freeway in the Liberty Canyon area and not manage to get across.”

National Park Service researchers have been monitoring the area for nearly three years with trail cameras along Liberty Canyon Road and nearby.

During that time, cameras have detected many different species, including bobcats, coyotes, mountain lions, mule deer and raccoons, close to the freeway.

But biologists have not confirmed that any animals have managed to cross to the other side of the freeway until the recent photo of P-64.

The culvert stretches more than 640 feet under the freeway, is sometimes full of water, and is completely dark as it winds its way underground.

P-64 was captured on film emerging from the tunnel by a trailside camera.

There are plans to build a crossing over the freeway for animals to be able to move more freely in the mountainous region.

Mr Riley added: “This discovery is exciting because it reaffirms that the proposed wildlife crossing at Liberty Canyon is going in the right place and, once completed, will be used by mountain lions and other wildlife. It shows the importance of this location and the ability and drive of these animals to find ways to get across.”