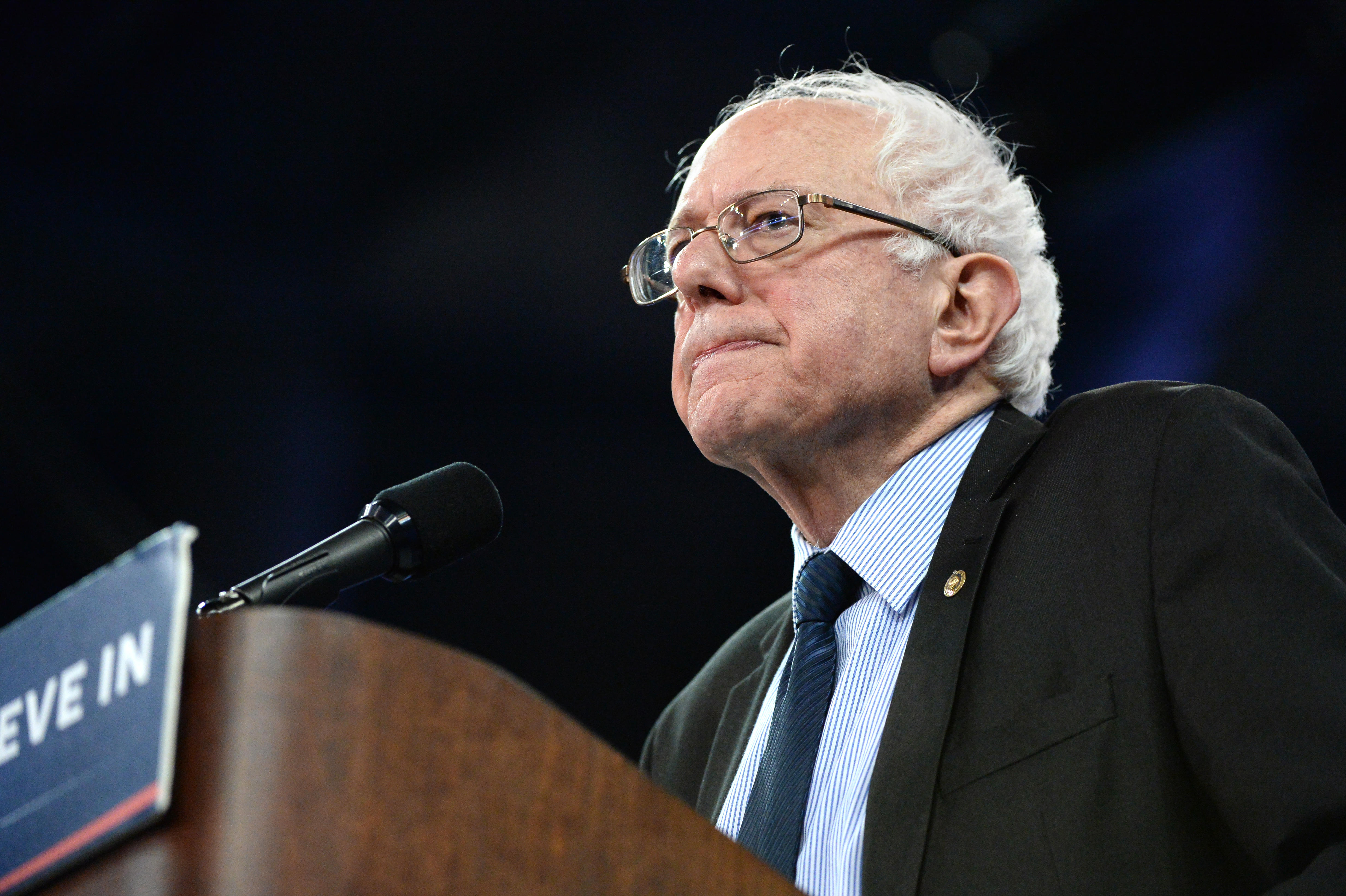 Anti-dairy protesters invaded the stage as Senator Sanders was about to speak in Carson City, Nevada.

The topless women mounted the stage and poured white liquids over their bodies from containers marked “milk”.

They had the words “dairy” and “die” written across their nude torsos.

Sanders and his wife, Jane, stepped off to the side of the stage as the women attempted to address the audience.

But security guards intervened and dragged the topless women off the stage.

Sanders quickly resumed his speech, shrugging off the bizarre protest.

He said: “This is Nevada.

“There’s always a little excitement — at no extra cost.”