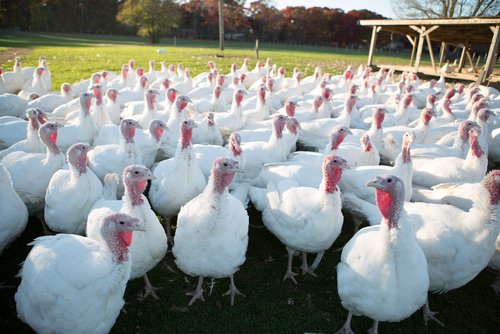 Six animal rights activists face tough prison sentence for breaking into a turkey farm. The members of the Direct Action Everywhere were arrested after targeting a farm in Moroni, Utah.

They claimed they were obtaining film footage of alleged cruelty to turkeys.

But prosecutors unveiled a string of serious charges against the members of the California-based group including breaking and entering, trespass and theft.

He said: “I’ve received a number of death threats over this. Does that sound like compassion?

“Direct Action Everywhere will undoubtedly use the court appearances as a platform for their voice and agenda. The positive feedback for pursuing prosecution of the activists has been enormous.”

“It’s about the law. It’s as simple as that. They broke in; they trespassed; they stole. It’s pretty cut-and-dry.”

Wayne Hsiung, the group’s co-founder said a nine-month undercover investigation which begun in January 2017, was part of an effort to expose “cruel conditions.”