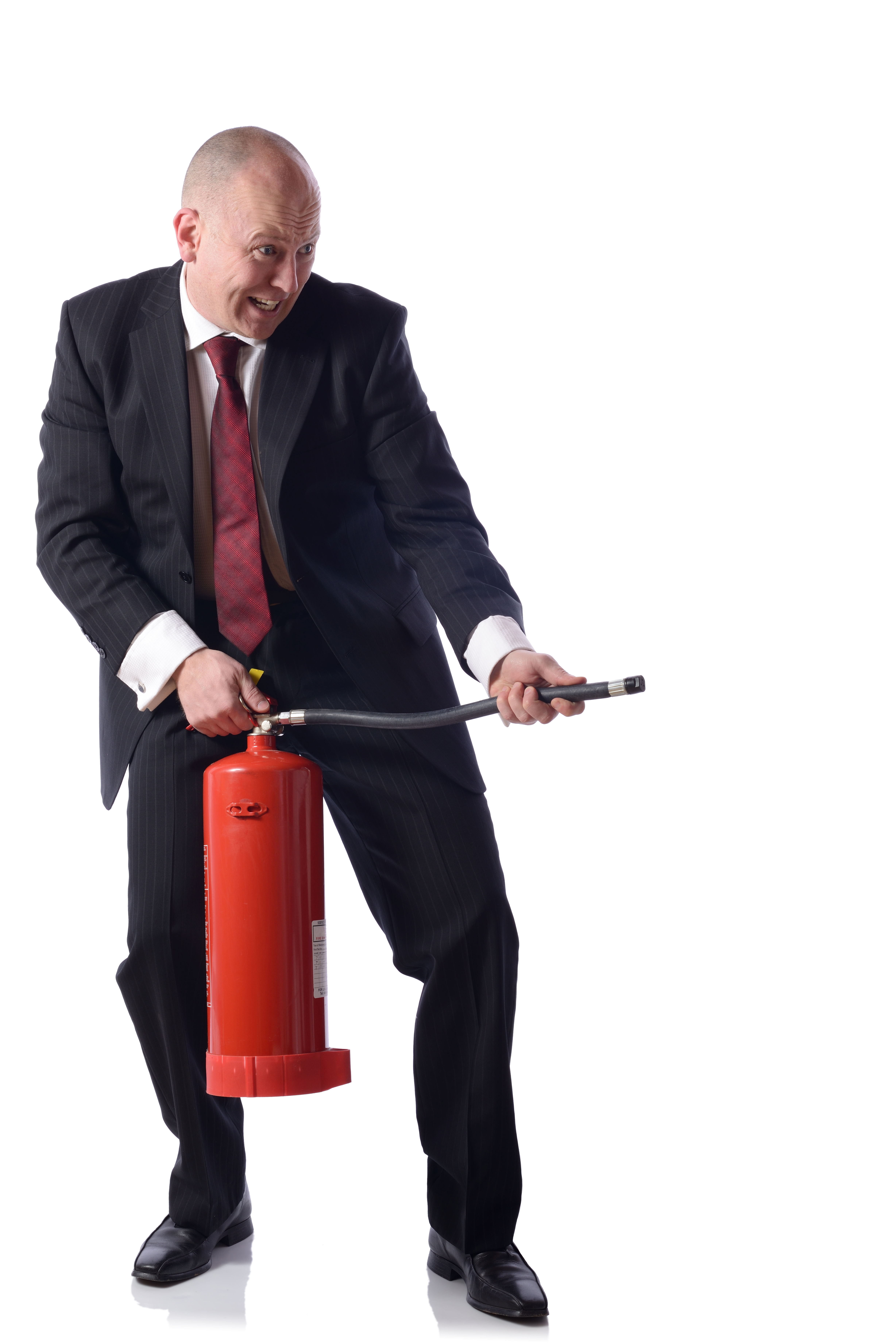 AN angry vegan restaurant owner fired a fire extinguisher at a man because he was smoking a cigarette near his restaurant.

The angry vegan lost the plot and aimed at the man’s face even though he was about 25 yards away from his restaurant.

Restaurant boss Alex Jamison opened fire with the device after smoker Jon Bird ignored his pleas to put out his cigarette.

Mr Jamison aimed the nozzle of a small red fire extinguisher directly at Mr Bird’s face, leaned forward and fired a burst of white powder which hit him in the nose and eyes.

Mr Bird was smoking in the street some distance from the entrance of the eatery in Salt Lake City, Utah, USA.

He had been volunteering at an arts festival when the angry vegan accused him of smoking too near to his restaurant.

Utah law prohibits smoking within 25 feet of the entrance of any business and Mr Bird felt believed he was allowed to smoke in that part of the street because it was well away from the restaurant.

Me Bird said: “He came out with energy of hostility, a fire extinguisher in his hands, and said ‘I told you, you can’t be here’.

“I’m still in shock and awe.

“I feel dizzy, kind of shaken up that something like this could actually happen.”

Mr Jamison said afterwards that he was sorry and apologised to Mr Bird.

He said: “Well I’ll say that I’m not proud of my behaviour, I let myself get egged on and I overreacted.

“I’m a protective small business owner who has asked hundreds of people not to smoke near our patio in the interest of our customers and our neighbours’ customers.

“I try to be respectful and generally always get good responses.

“I asked him multiple times during the day to please go to the designated smoking area but should not have reacted to feeling disrespected.

“I certainly owe the other person involved an apology and would like to make it right with him however I need to.

“I did not mean to cause him any harm.

“Our business is committed to fighting for animal rights and this must include other people. I’m sorry.”