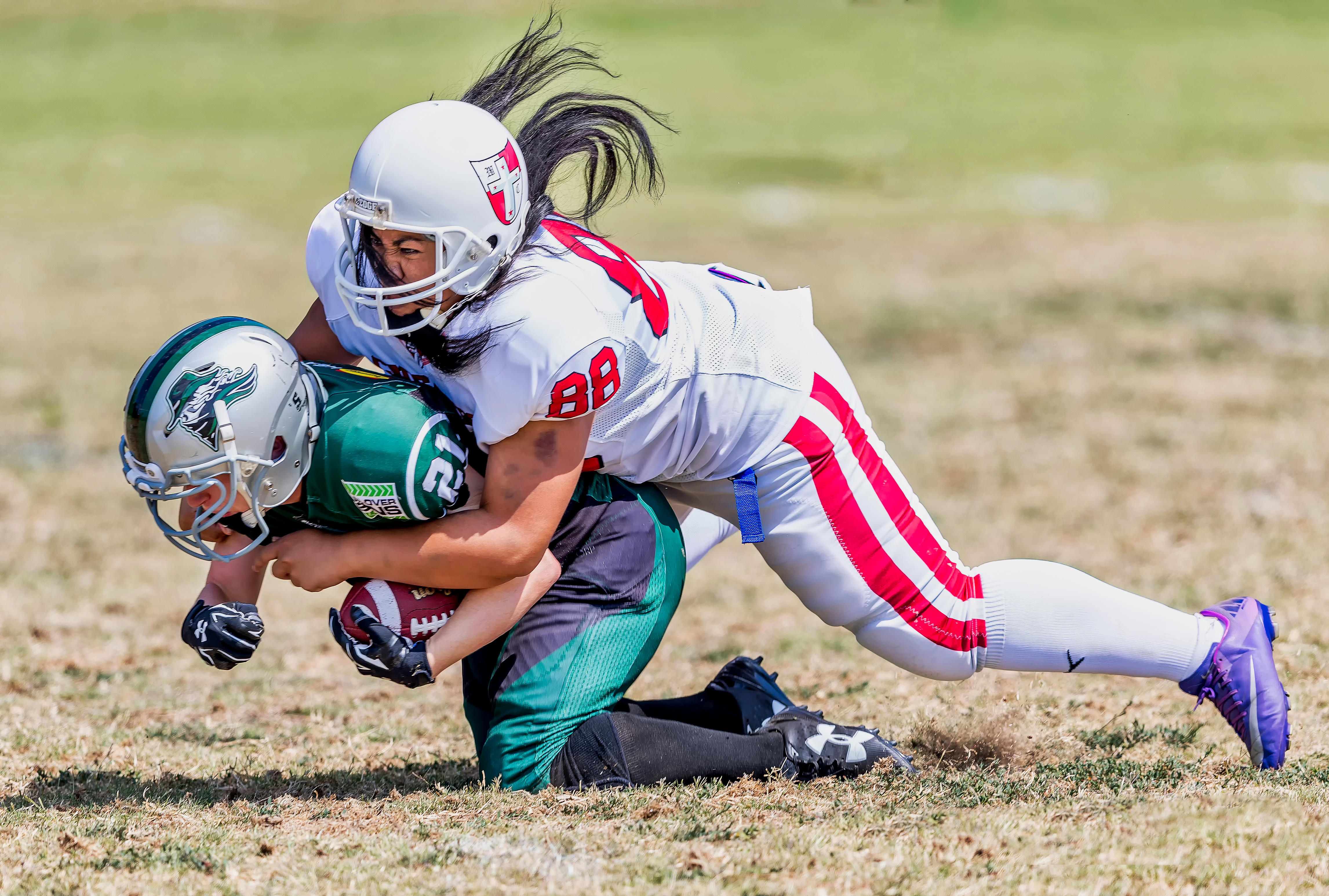 A star football players was cheered by fans as she tackled a vegan activists who stormed the pitch wearing an outfit displaying the words “vegan booty”.

Australian female football player Kiara Bowers flattened the vegan and held her down before security guards rushed on to the field to detain her.

Protestor Tash Peterson, 26, ran onto the pitch with a black flag that read “right to rescue” at Perth’s Optus Stadium late in the first half of the Fremantle and West Coast game.

Ms Peterson jumped the fence onto the oval with her flag in hand wearing tights that said “vegan booty” and a “right to rescue” crop top.

The activist made a beeline to the centre of the pitch where she was tackled by Bowers.

Ms Peterson has previously smothered herself in fake blood and stood with a fake butchered pig’s head under her arm in a Perth supermarket.

Ms Peterson was served a three-year ban from Optus Stadium – and also pulled a leg muscle.

Bowers said after the game: “We’re here to play football and we just wanted to get on with the game.”

0 comments on “Vegan booty gets the boot”