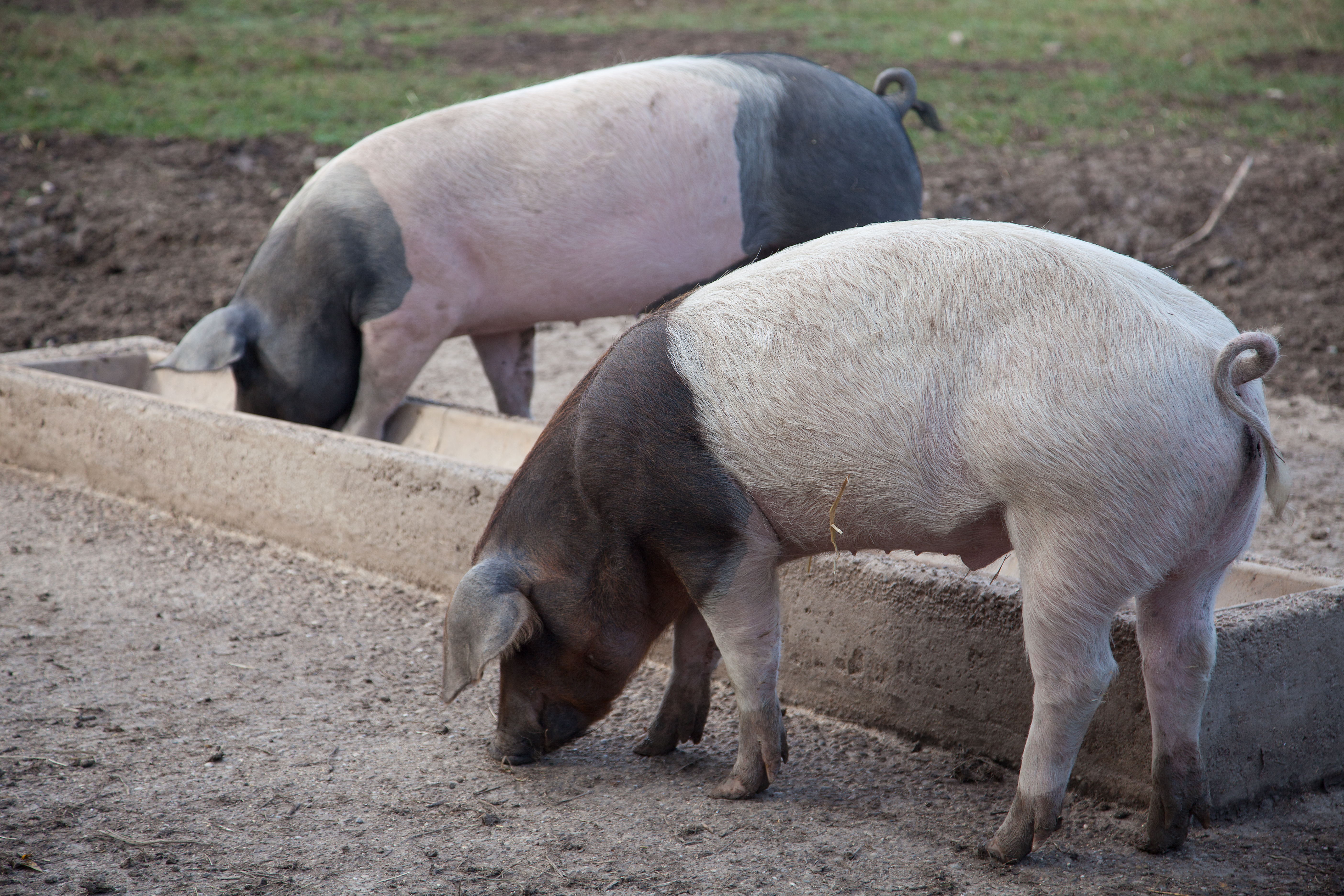 A vegan dad came off second best when he tried to stop a school from sending pigs for slaughter.

Vincent Cook, 45, said it was cruel for the school to kill the animals, which were part of a project.

But the head of the Priestlands School in Lymington, Hampshire, UK, said kids needed to understand how the food chain works.

The rural secondary school went ahead and allowed its four female piglets, which had been cared for by pupils, to meet their fate.

The project, which had been conducted every year for a decade without complaint had won the support of the Prince of Wales.

But Mr Cook, the father of an 11-year-old pupil at the school, started a petition which got 36,000 signatures.

He also found an animal sanctuary that would take the Tamworth and Gloucester old spot piglets and look after them.

But Chris Willsher, the school’s executive head, refused to meet Mr Cook’s demands, telling him in an email: “When one speaks to Year 7 students who believe sausages are vegetables, there is clearly work to be done educating some members of our community about where food comes from. “The pigs we have in school are borrowed from a farm. They are already destined for the food chain.”

He did however return the piglets prematurely to the farm when staff received phone abuse.

He added: “We could have kept them and fought the good fight, but we had to ask was it worth it?

“We will consult the school community, send a letter to all parents and give them the opportunity to have a say about what we do in the future…we have not had a single other parent contact us to say they are unhappy with what we are doing.”

Mr Cook, who is understood to have turned vegan a few months ago, said he started the petition when Mr Willsher told him the animals would be slaughtered to teach children about where their food comes from.

He said: “We should be teaching children compassion towards animals.

“The pig program may have had its place in the past but we live in a more enlightened world now and it has to end. “We can teach children where meat comes from without engaging them in the slaughter process.”

A spokesman for the 1,200-pupil school, added: “We respect the vegan philosophy but Priestlands School is proud to serve the whole community.

“We want to educate our students about where their food comes from and to do this in a sustainable way.

“Our preferred outcome was for this year’s cohort of pigs to enter the food chain as planned and for us then to sit down and have a rational discussion about whether or not we continue to have pigs in the future.”

In 2008, Prince Charles gave the project his seal of approval by placing an order for sausages made by pupils from pigs reared at their farm.