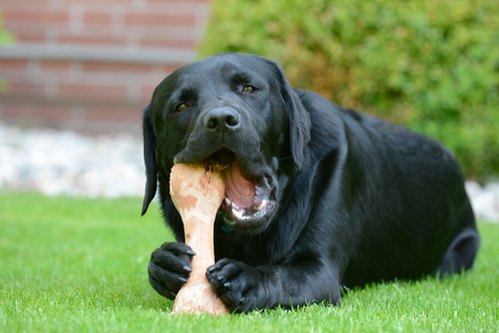 A woman who was raising her dog as a vegetarian was left speechless on live TV when her pet proved her wrong.

Lucy Carrington said her Husky called Storm didn’t eat meat and agreed to go on TV to do a canine taste test to prove it. But when two bowls of food were placed in front of her—one meat and one vegetable—Storm went straight for the meat and wolfed it down.

She showed no interest in the bowl of greens at all—even when she had finished the meat – and only gave it a dismissive sniff before turning away.

Lucy said she had started to feed Storm leftover veggies and meat-free dog food during the summer when the pup started to go off her food in the hot weather.

As the cameras were rolling on the UK morning show This Morning Lucy, who is not a vegetarian herself, said: “Oh you little…I didn’t swear. In fairness the weather has cooled down quite dramatically. During the summer months, she just went off her food, strangely. I’m certainly not one of those, I’m not vegetarian I’m not a vegan, far from it, though I’ve reduced my meat consumption.”

The hilarious test was part of a wider debate on the show about whether dogs can be vegetarians or not.

Vet Scott Miller appeared on the show and said that dogs are omnivores—meaning they eat meat and plants—so the diet change was denying the dog choice.

Some viewers accused Lucy of animal cruelty on Twitter, with one person commenting: “Animal cruelty, dogs are carnivores.”

Other viewers found the food test funny and one wrote: “I am roaring at Storm the ‘vegetarian’ dog eating all the meat.”

Lucy left the show admitting she would start feeding Storm meat again. She added: “If this is what she wants then obviously I’m going to adapt accordingly.”