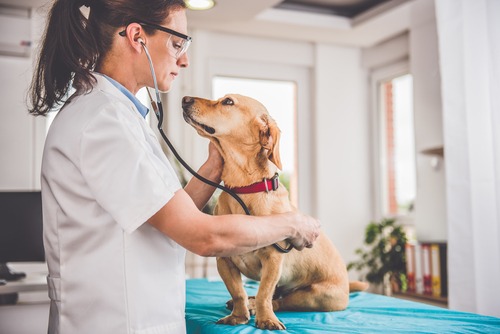 A vet has received a formal warning for falsely giving a greyhound kennel a clean bill of health.

Natalia Oakes knowingly falsified documents because she believed it would eventually help the animals be moved to better kennels.

But her conduct earned her a formal warning from The Royal College of Veterinary Surgeons (RCVS) Disciplinary Committee.

Oakes, had been attending Rough Cottage Kennels in Warrington, Cheshire, UK, for about a year-and-a-half on a monthly basis when she found out that the premises were not of acceptable standard.

She then raised this issue with the kennel owners Louise Eccles and her husband, Rod Eccles who said they had plans to rehouse some of the dogs.

After becoming concerned that the owners might change their minds, Warrington-based Oakes decided to falsify the kennel inspection form to appease Mr Eccles so that he would not hinder the plans to remove and rehouse the dogs.

Miss Oakes had signed a form which indicated that there were 55 greyhounds in the kennel, when there were in fact more.

She has also stated that the kennels were in an acceptable condition, when they were not.

The disciplinary took account that she had been well meaning and acting in the best interests of the animals together with 62 testimonials submitted in her favor.

Even though she was praised for her decision to help animals the disciplinary committee said she had been misguided.

Committee chairman Chitra Karve said: “The committee is glad the respondent’s motivation for what she did was ruled by her overwhelming wish to promote the well-being or welfare of the greyhounds at Rough Cottage.

“The Committee is satisfied that no actual harm or risk of harm to any animal occurred in this case.

There was no financial gain to the Respondent and the Committee has been told that she charged no fee for her extensive efforts in organizing or assisting with the removal and rehousing of the greyhounds from Rough Cottage.

The Committee considers that this was a single and isolated incident and that the risks of similar behaviour being repeated in the future are low.”