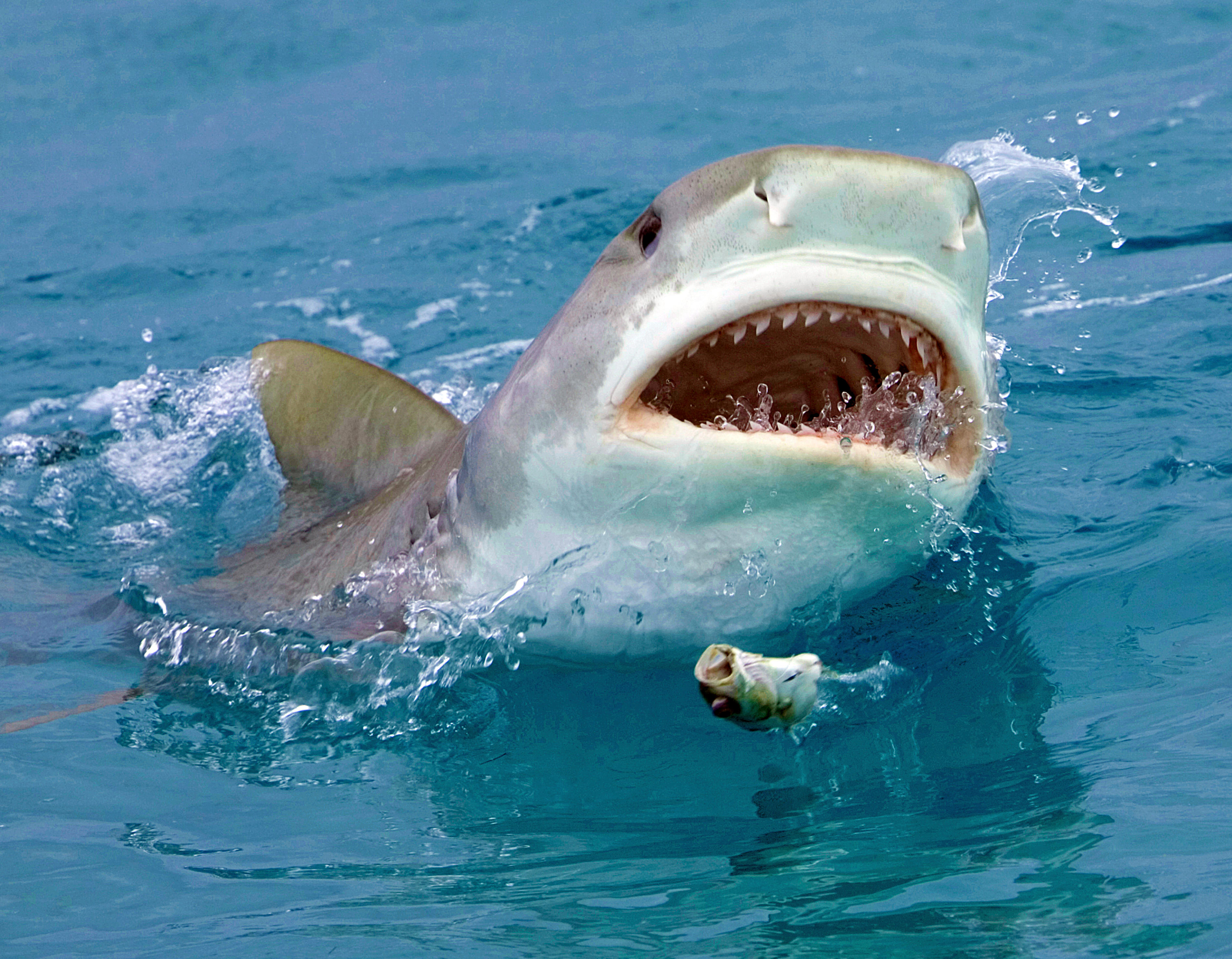 AN eight year old boy who caught a killer shark while fishing with his father has been viciously taunted by sick activists.

Jayden Millauro was told be one vile animal rights extremist: “May this haunt you for the rest of your life.”

The schoolboy was fishing with his dad Jonathan off the coast of Sydney, Australia when they caught a giant tiger shark weighing 314kg.

It is the biggest ever caught, beating the previous record of 312kg caught in 1997.

The tiger shark is second only to the great white shark in recorded fatal attacks on humans.

But extremists attacked father and son for catching the shark and posting pictures of their catch online.

One wrote on Facebook: “Another up and coming environmental vandal killing threatened species for a photo opportunity to prove what a man he is.”

Writing underneath a post congratulating Jayden, he added: “Pathetic and disgraceful that the fishing fraternity would celebrate the unnecessary slaughter of such a vital animal to the ecosystem… May this haunt you for the rest of your life.”

The enormous creature was swimming towards the back of Jayden’s boat when the keen young angler managed to hook it.

According to Jayden, the shark followed them just like in the iconic film Jaws.

He said he was nervous as the shark was dragged onto the boat.

He said: “I was thinking that I hope the crew can get the shark on the boat because I don’t want to lose it.”

He added that he was “really excited” when the shark was pulled on board.

Adult females reach average lengths of up to 11.5ft, while the males are slightly smaller reaching up to 9.5ft.