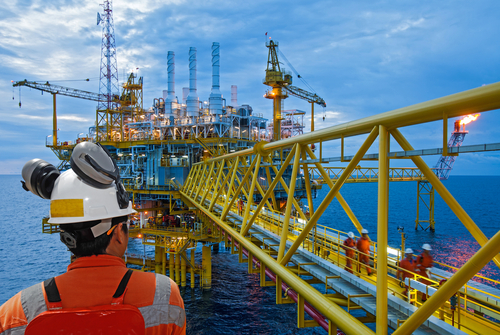 NORTH SEA oil rig workers have laughed off a call from PETA for them to go vegan.

They told the People for the Ethical Treatment of Animals they wouldn’t be able to do their job on a vegan diet.

PETA had called for Shell to switch to vegan meals.

The animal rights group wants the change to be made in honor of Earth Day on April 22, and then to become permanent. But union bosses said staff on the rigs need meals which give them energy for the physically demanding job at sea.

John Boland, regional officer for Unite the Union, said: “I do understand what they are trying to achieve. However, our members work in a very physically demanding environment and in that environment they need meals that will give them the energy for the work they have to do. These need to be based on healthy meals that include a range of proteins like meats, eggs and chicken.”

Both vegetarian and vegan meals are widely available offshore.

PETA sent a letter to Shell CEO Ben van Beurden by Dr Carys Bennett, who is the vegan corporate projects liaison for PETA.

It read: “Offering vibrant vegan foods would likely benefit the health of your staff while also improving the health of the planet.

“And in addition to offsetting some of your gigantic carbon footprint, providing vegan meals would help workers eat with a clear conscience, knowing that their food is gentle on the planet and the animals we share it with.”

PETA Steps on Another Banana Peel