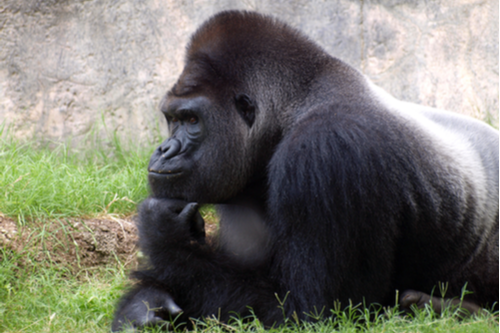 Surely you all know the story about Harambe, the 17-year-old gorilla that was shot dead at the Cincinnati Zoo after a four-year-old boy fell into its enclosure.

While we all understand that it’s not okay to kill animals wantonly, most of us agree that in this particular case the killing of an animal was necessary.

Nevertheless, Harambe’s death has spurred an outcry from numerous animal rights groups and once again raised arguments about the relationship between humans and animals.

Should zoos be illegal? Should hunting end for good?

Those are pretty easy questions most of you know answers to.

But what happens when we look further into the matter. Are human lives more valuable than the lives of other species on Earth?

Is Harambe really to blame, when human beings were responsible for the fact that the toddler ended up in his enclosure?

But how can we even think about the animal it in a situation where human life was on the line?

As a human being I find this offensive. Grossly offensive.

As much as I love animals, and I do love them very much, the idea that the life of a dog or a lion or a gorilla is as important as my own is very much an insulting one.

Because I am a human. A humanitarian, if you’d like.

It seems that valuing animal lives over human ones isn’t just a fringe point of view, it has become a social norm.

A 2013 study conducted by researchers at Regents University and Cape Fear Community College in the US found that in a matter of life and death 40% of participants would choose to save their pet over a human being.

I don’t get it. Just the same way as I don’t get people protesting the death of Harambe.

Let’s not forget, we can’t escape a human clubhouse by the strands of our shared DNA and our equal capacities for perception, emotion and communication.

No other species on this planet could even take part in this discussion. They don’t have the same mindset, the unique sort of love that we share with each other.

These are powerful, important things about being a human being. And it’s a shame a lot of human beings don’t consider it enough.

0 comments on “Weighing Animals and People”