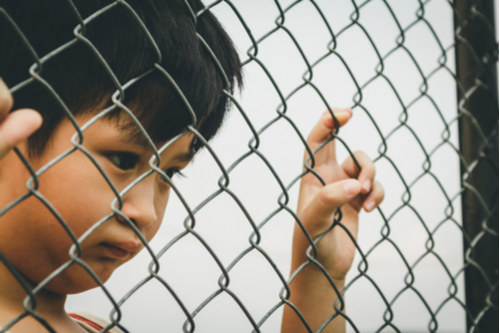 A zoo is planning to install cages for people—but it’s not what you might think.

They are designed to be safe havens for people to hide in if they fall into dangerous enclosures.

The cages are set to be installed at Delhi Zoo in India in a pit housing the zoo’s star attraction—its family of white tigers.

The idea comes after a tragic incident in September 2014 when a man was mauled to death by a tiger after he fell into the enclosure.

In the 10-minute ordeal that followed, much of which was filmed and photographed by other zoo visitors and posted online, the man was repeatedly mauled by a tiger and later died of his injuries.

Zoo director Renu Singh said: “Ultimately, we settled on the idea of the human-sized cage. We have already commissioned the cages and the first one could be ready in the next 10 days.”

Ms. Singh said the cages will have a simple lock mechanism so they can be accessed without training and in an emergency.

She added: “People will be able to easily go inside and securely lock themselves up. Most zoological parks abroad keep tranquillizers or ladders on standby. If successful, the same model can be adopted in other places.”

Ms. Singh believes the Delhi trial is the first of its kind in the world.

0 comments on “Zoo Cages for Humans”