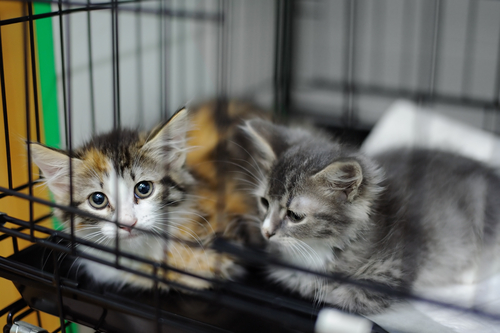 A grand jury report in America has exposed systematic cruelty at animal shelters.

The report said nearly 70 percent of cats taken to two shelters in one area were put down.

The dossier of shame flies in the face of public perception that most animals are saved form the streets and found good homes.

The civil grand jury report into shelters in Salinas City and Monterey County said the high euthanasia rate was the norm.

Local animal rights and rescue groups also responded to the findings by saying it is typical for municipal shelters.

The statistic emerged after plans to merge the Monterey County and Salinas City animal shelters prompted the grand jury to conduct an investigation of the shelters practices.

The investigation revealed that, despite usually being below capacity, the two shelters killed a total of 1,737 cats during the 2016-17 fiscal year.

Kathy Prew, who manages the Salinas City animal shelter, said many of the animals were sick when they arrived.

She said: “A lot of animals arrive in really poor physical condition. We will keep them during their stray period to see if anyone comes to reclaim them, but if no one does, our resources are limited in terms of medical care.”

But in its report claimed that the Monterey County animal shelter staff had “misunderstood” County procedures “resulting in immediate, or very nearly immediate, euthanization.”

The report said the shelter has since improved its practices.

0 comments on “Shock Report Exposes Dark Side of Animal Shelters”