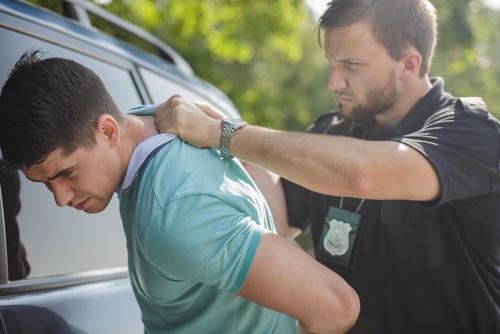 AN animal rights and climate change protester has bragged of her “deep satisfaction” at being arrested.

Jenny Ruskin, who is a member of the Anonymous for the Voiceless animal rights group and the Extinction Rebellion movement whose protests brought parts of London to a standstill, bragged about how she brought chaos to the capital.

Ruskin, a “professional protester,” has marched against Donald Trump, Brexit and on pro-Palestinian rallies as well as for animal rights and sang “Power to the People” as police carted her off.

She said she felt “deeply satisfied” after being arrested during a climate change protest.

The full-time charity project coordinator and mother-of-four from Bath, UK, said: “Just marching and petitions are not enough; we must find other ways to further this cause. We’re asked from the beginning, if we are willing to be arrested.

“I wanted to be arrested to do my part because being arrested is one of the main ways to get the attention of the government. It’s not something that everyone has to do, but those who were happy to be arrested moved to the front of the group.

“When I saw police coming, I put myself in the front line and even shouted extra loud.”

She was arrested at Waterloo Bridge after her group refused to move their demonstration.

0 comments on ““Getting Arrested Made Me Deeply Satisfied,” Boasts Animal Activist”