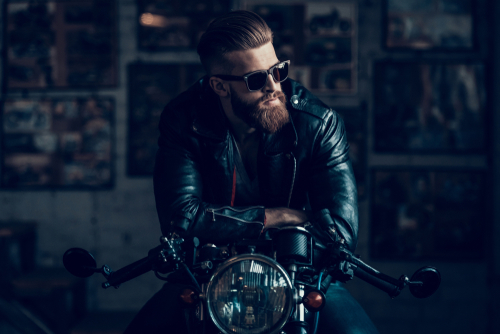 THREE-HUNDRED bikers protested against animal rights activists in a 150-kilometre ride dubbed “Up the activists.”

Bikers in Australia said they wanted to show their solidarity with farmers against vegans and animal rights groups.

The country’s farmers have been targeted repeatedly in a prolonged campaign by activists and the bikers said they wanted to hit back on their behalf.

Biker and organizer Sean Judd, said the ‘Up the Activists’ ride was born after a popular farmer’s restaurant, the Gippy Goat Café in Yarragon, Victoria, suffered repeated attacks by activists.

The bikers rode in convoy to the farm after it was in the news following spate of attacks.

Animal rights activists stole three goats and a lamb from the farm run by John Gommans. Many in the Australian farming community felt the response from the authorities had been insufficient.

Six activists escaped conviction, and one was fined $1 for breaching biosecurity laws.

Mr Judd said: “We need to get the message out that what these people are doing is not okay. It’s specifically targeting people breaking into farms, trespassing and harassing farmers.”

Mr Gommans was forced to permanently close his restaurant, blaming what he called “constant harassment” by “abusive vegan activists.”

The farmer and his wife Penny thanked the riders for their support and served up a huge outdoor barbecue including meat and vegan options.

0 comments on “Born to be Mild—Bikers Back Farmers”