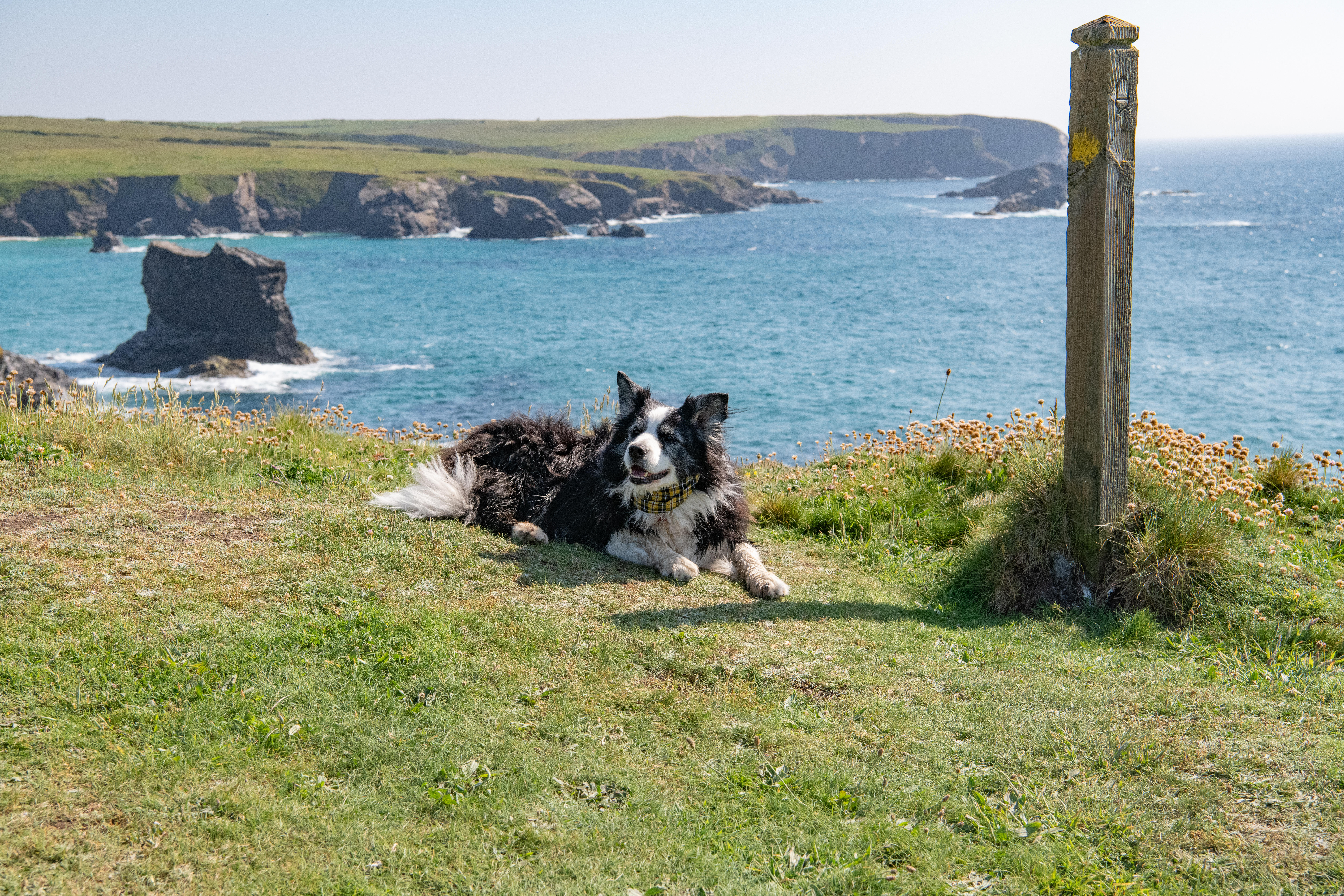 A border collie called Jimmy survived after plunging off a seaside cliff top and landing on a ledge 100 feet down.

The nine-year old dog was stranded high above the waves  as rescued worked staged a full scale operation to pluck him to safety.

Jimmy’s owners were unaware he had gone missing as the rescue operation swung into action at Bell’s Beach near Geelong, Australia.

Victoria Country Fire Authority secured a harness to the top of the cliff and parasailed down the cliff.

Commander Mark Sinkinson said:“It took about an hour — we had to negotiate through some scrub to start with.

“He was very happy to get in with our crews and come up again.”

Commander Sinkinson added: “Jimmy’s owners were quite surprised to see the fuss that he’d caused but it was a great result for Jimmy and everyone involved.