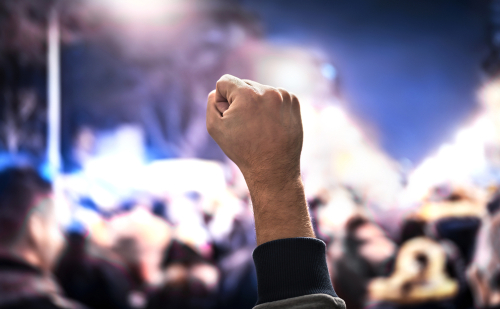 A militant activist group wants to force meat eaters to the margins of society.

Extremist pressure group Direct Action Everywhere, which has plagued US, UK, and Australian cities with protests, has a 40-year plan aimed at a vegan takeover.

A document on its website entitled “The Forty-Year Roadmap to Animal Liberation” has emerged which outlines a plan to “force animal eaters to hide in remote refuges.”

By 2055 the activists want to enact a Bill of Rights for all animals and a legal system to prosecute “animal eaters” and promote “species equality.”

The document first emerged early in 2019 but now new details have emerged.

The group’s website reveals how activists plan to create a number of “seed cities” which push cultural, social and political change.

The “strategic roadmap” details how they will “execute mass actions” in the seed cities and “use carrots and sticks” to pressure local businesses and “stigmatize the opposition”.

They will then create “power voting blocs in cities” to boost support for greater protection for animals.

It aims to make sure two to three per cent of a country’s GDP is put towards putting all animals into a lifetime sanctuary.

The group is planning the creation of a new arm of the Ministry of Justice called the Animal Rights Division, which would protect all animals from suffering and harm.

The website states: “Remaining conservative organizations that expressly oppose animal rights are relegated to the margins of society. Animal eaters are forced to hide in remote refuges and, when identified, are prosecuted by the Animal Rights Division.”

Direct Action Everywhere (DxE) started in Berkley, California, in 2013 and has since spread across the globe to the UK and Australia.

Activists across the world, including those in Brighton, can apply for grants for their activities. The funds are given by a tax-exempt charity based in America called Friends of DxE.