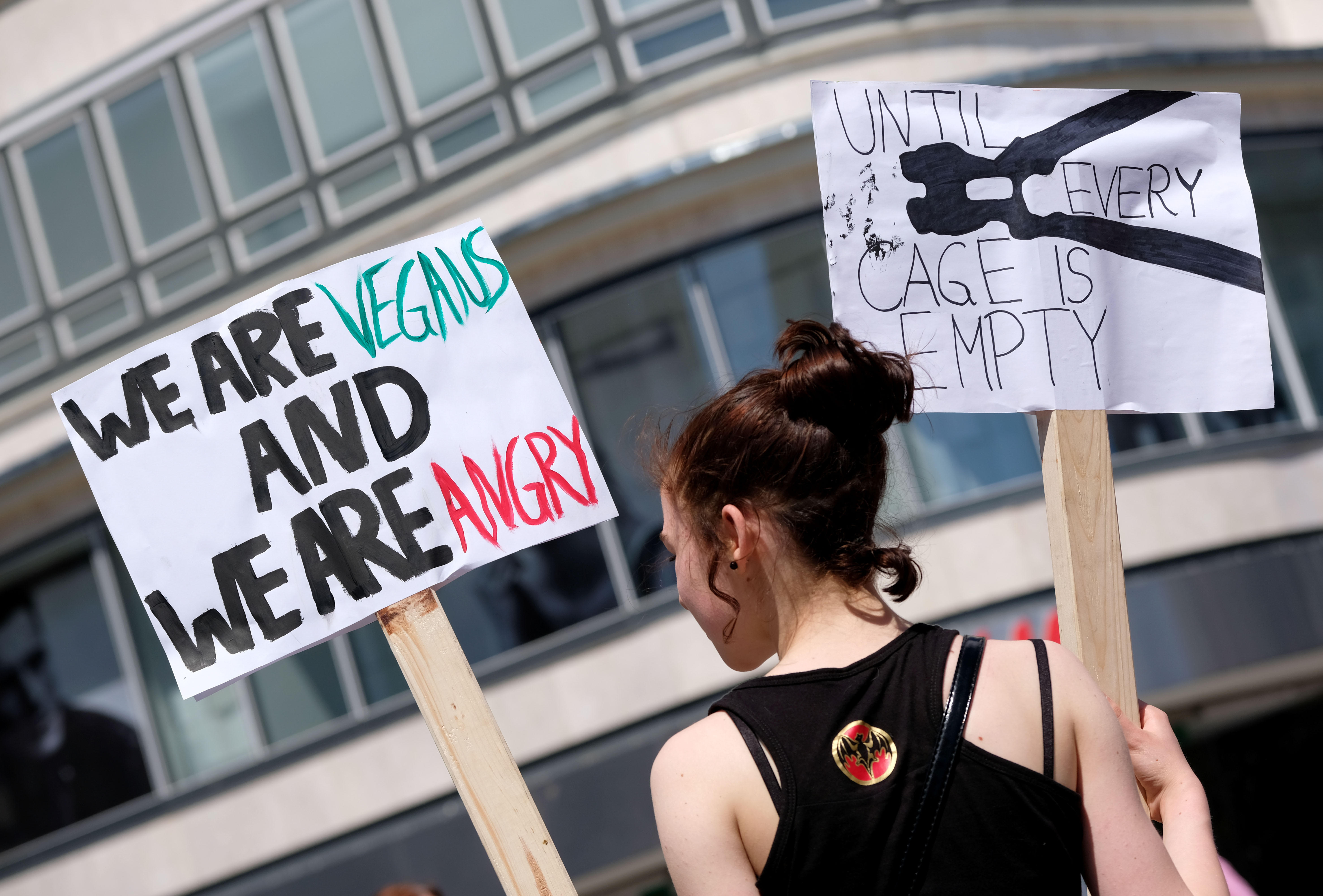 Fearing arrest 25 members of extremist group Direct Action Everywhere dumped their placards and did a runner.

Diners made it clear they were fed up with the group which is increasingly targeting restaurants and ruining outings for families and friends.

Others stood out the front of the steakhouse confronting those who entered the restaurant with their message against meat.

One protestor said: “We’re at a steakhouse to disrupt normalised violence.”

She was filming the protest for the group’s website.

But diners reacted with anger and called the police.

As soon as the group were aware the police were on their way they abandoned the protest after less than 20 minutes and fled.

“Everyone has got a right to make a choice.”

– they can make theirs.

“Let the people here who like eating steak make theirs.”

Others diners offered their support to the steakhouse on social media.

One wrote: “Hi, sorry you had to put up with those vegan d**k heads last night.

“We love eating your steak.”

Direct Action Everywhere is known for their activities in Australia where they have held marches and numerous protests outside abattoirs and butchers shops.

0 comments on “Vegans do a runner when cops are called”