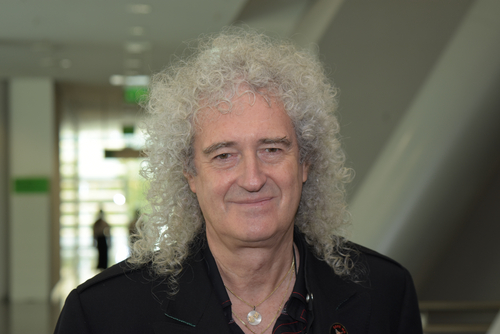 THIN-SKINNED Queen guitarist and animal rights activist Brian May got stroppy when a border official said he bore no resemblance to his passport photo because his black locks had turned grey.

The vocal animal rights spokesman had a sense of humor bypass and accused the official of being “ageist.”

May, 71, said: “He looked at my passport picture and then at me and said, ‘Oh, but the man in this picture has black hair – doesn’t look anything like you.’ He added a little snigger, as if he was pleased with his powers of observation and wittiness. I said, ‘It happens to us all – it will even happen to you, if you’re lucky’.

“There’s a serious truth here. We are all massively conscious that we mustn’t behave or speak in ways that are sexist or racist.But ageism is alive and well.”

The sensitive activist didn’t say where he was when the  cheeky guard mentioned his hair.

He is an ardent anti-hunting protestor and in 2010 he called a Tory councilor a ‘pathetic, arrogant, sniveling little dweeb’ after he criticized him for launching an anti-hunting campaign.

He has also devoted his back garden to rehabilitating hedgehogs.