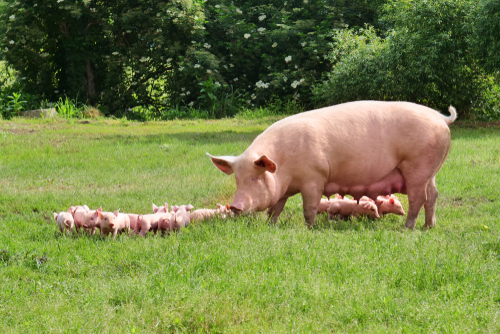 A farmer whose pig and calf were stolen by activists has accused them of falsely claiming he was cruel to his animals.

Michael Partridge said the claims of notorious group Direct Action Everywhere were false and that he felt the need to speak hit back.

He spoke out after the theft at his farm in Australia attracted massive publicity following the court appearance of activist James Warden who is charged with the thefts.

Mr Partridge said: “I’m just amazed with the lies they tell. Our farm has been open on many occasions to show our production system. We’ve got nothing to hide here.”

Mr Warden allegedly stole the cow from the Western Australian farm claiming it was sick and he was rescuing it from mistreatment before it was later returned unharmed.

He is also accused of a taking a dead piglet from a piggery and putting it on display outside shops as a protest in Belmont, New South Wales in September 2018.

Warden fronted Perth Magistrates Court on Wednesday, charged with three counts of trespass, and two counts each of stealing and aggravated burglary.

The calf was allegedly taken to an animal rescue farm in Waroona but was later returned to its owners in good health.

Police previously said all the crimes happened between August and February at Western Australian properties in Nambeelup, Hopeland, West Pinjarra, Benger and Mundijong.

Warden has been bailed but with strict conditions, including a $10,000 personal undertaking and $5000 surety.

He also cannot possess a passport, must report weekly to police and stay away from farms.

Warden is scheduled to face Mandurah Magistrates Court at a later date.

His fellow activists from Direct Action Everywhere labelled him a hero as he faced court over the alleged thefts.

Matt Johnson, a spokesman for DxE, said: “People like James are just heroes and an inspiration to compassionate and animal lovers everywhere.”