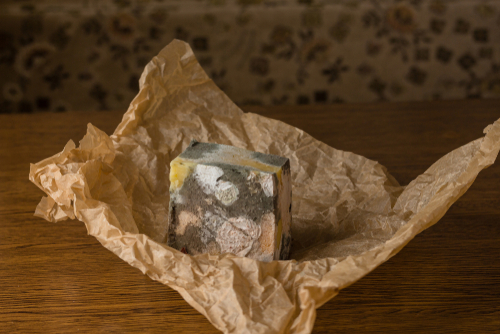 A vegan “cheese” shop has been accused of misleading consumers and damaging the UK dairy industry. Dairy bosses said vegan cheese is not real cheese and should not be sold as such.

The shop, called “La Fauxmagerie” in London, UK, sells plant-based alternatives to cheese. But dairy bosses have now written to La Fauxmagerie and asked them to remove “any undue reference” to cheese.

Dairy UK, which represents UK dairy businesses, said: “It concerns us that consumers are being misled with the use of dairy terms like cheese by the plant-based sector. Only products which are real dairy cheeses can use the term ‘cheese.’ Plant-based products are simply not dairy in any sense—from a taste or nutrition perspective.”

Shop owners Charlotte and Rachel Stevens denied they were trying to undermine the UK cheese industry.

They said in a statement: “We’re clear with what we’re selling—we’re a ‘plant-based cheesemonger’ and we always explain our products to customers. I don’t see why the dairy industry feels the need to challenge what we’re doing. It feels like bullying.”

The dispute is a comic reminder of the famous Monty Python cheese shop sketch in which John Cleese tries to buy numerous types of cheese only to be told repeatedly by the shopkeeper he has run out.

In frustration Cleese eventually asks: “Do have any cheese in this shop?”

The shopkeeper replies “no” and Cleese shoots him to end the hilarious sketch.

Vegan cheese uses an array of ingredients to try and achieve a similar flavor and texture to cheese.

Cooking cheeses are based on soy and brown rice proteins; creamy textures such as camembert are created using cashew nuts; other “cheese” flavors are made using combinations of often unusual sounding ingredients, including almonds, oil, nutritional yeast and truffles.

But it seems shoppers agree with Dairy UK. Polling company YouGov found that 59 per cent of British people said “it is not OK” to call vegan cheese “cheese.” Some 27 per cent said it is, and 14 per cent said they did not know.

0 comments on ““Do You Have Any Cheese in This Shop?””