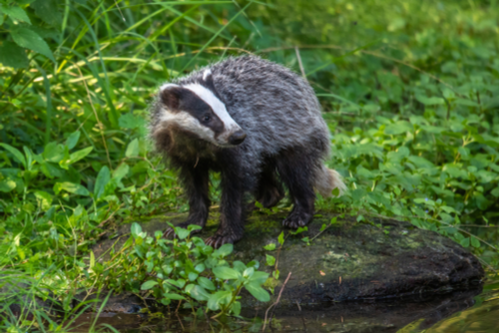 CHILDREN who discovered a badger trapped 20 feet down a deep pit saved the animal’s life by using ropes to lower food and water.

Three boys were helping an elderly neighbor collect apples from the orchard in Falmer, East Sussex, UK, when they went to explore the farm’s old pump house and spotted the badger.

Brothers Elias and Idris Baker, and their friend Aaron, lowered food and water to the animal so it could drink and eat.

The boys then ran for their parents who called in the RSPCA.

Inspector Liz Wheeler was able to pull the badger out of the pit using an extendable net.

After being checked over, it was found to be in good health and was released nearby to return to its sett.

Inspector Wheeler praised the children for saving the badger’s life by alerting rescuers, and providing vital food and water as they waited for help to come.

0 comments on “Caring Kids Save Badger”