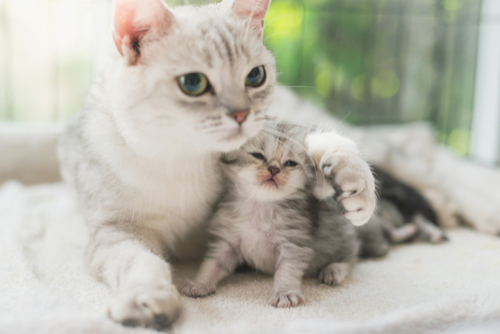 A heroic cat amazed firefighters when she rescued her five kittens from a burning garage.

The cat named Scarlet selflessly carried her kittens away one by one from the blaze in an abandoned building in Brooklyn, New York.

Scarlet suffered severe burns in the rescue and collapsed afterwards.

Firefighter David Gianelli was so touched by the brave animal that he took Scarlet and her kittens to the North Shore Animal League clinic in Port Washington, New York.

One of the kittens succumbed to the effects of smoke and later died, but Scarlet and her four other kittens made a speedy recovery and were later adopted.

The veterinary clinic which treated the cat received over 7,000 letters from people offering to adopt the feline family and eventually decided to give the kittens up for adoption in pairs.

The North Shore Animal League has now created the “Scarlet Award for Animal Heroism” which it gives to other heroic animals.

Check out the video here.