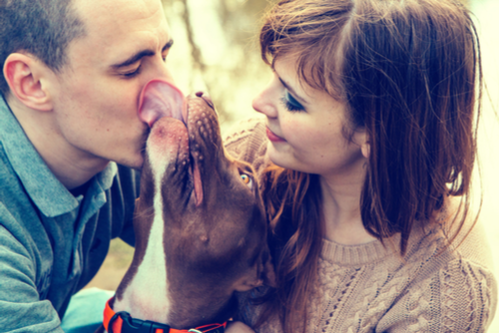 A couple have told of their joy after being re-united with their dog 15 months after it was kidnapped. Juan and Antoinette Mino said their Pomeranian, Kiara, was found 250 miles away she disappeared from the family home in London.

They said they had lost hope of tracking down their beloved pet until Mrs. Mino received a phone call from a stranger who found her rummaging through his bins in north Wales.

Mrs. Mino, 56, said: “My husband thought somebody had died because I just said, ‘Oh no, oh no, oh no’ and started crying in disbelief. I couldn’t stop.”

The couple, along with children Alex, 25, and Kelly, 31, had spent months looking for Kiara after she vanished during renovation work at their home. They posted flyers offering a £50 reward for information, and even called Brent council to check if any dogs had been found dead in the borough.

Mrs. Mino, a receptionist, said she eventually gave up hope and feared Kiara had died, while the rest of her family suspected she had been stolen. But then 15 months after she disappeared the couple were called by supermarket worker Peter Whitby, 26, from Bangor, saying he had traced them through 11-year-old Kiara’s microchip.

He spotted Kiara and a Jack Russell as he left for work looking like they had been abandoned. He said: “We rinsed them off as best we could and posted pictures of them on Facebook and it went viral very quickly.”

A dog walker, Tess Jones, then scanned Kiara and found her microchip.

“I was amazed and very happy we were able to track down the owners. It’s a pre-Christmas miracle for them”, Mr. Whitby added

The Jack Russell has also been reunited with his owner.

Mrs. Mino added: “When Kiara went missing, my husband had a sense of guilt as he was looking after her.

“When they called us on Sunday he just left instantly and drove nine hours to get her. After a year we thought there’s no chance we’ll get her back, but she was always in the back of our minds.”

Pomeranians have become popular after reality TV star Kim Kardashian bought two for her daughter and niece and can fetch up to £2,000.

Mr Mino, 56, a mechanic, said: “I was over the moon when I saw her. People were talking to me and I wasn’t listening as I was so happy. It was so emotional. I missed her so much.”