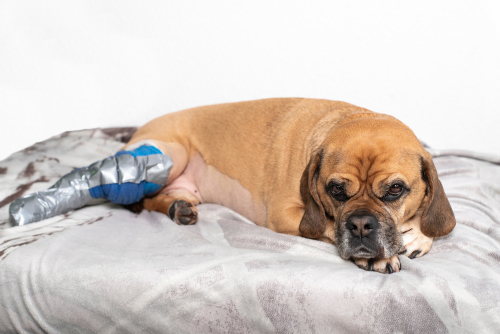 A lucky dog cheated death after being shot in the face.

The three-year-old Pit Pull Labrador mix has been named Chance after surviving.

Rescuers at the Lake County Animal Shelter in Fruitland Park, Florida, found him covered in blood in the front yard of a nearby home.

Shelter staff named him Chance because he has a second chance at life after surviving the shooting.

Apart from the gunshot injury Chance is healthy.

And despite his injuries Chance isn’t afraid of people and is well behaved.

Shelter director Whitney Boylston said: “He is incredibly lucky that he has sustained minimal damage as a result of this gunshot.

“He is such a snuggler. It’s almost like he knows we’re here to help him, so he’s been so thankful and appreciative. We are desperately trying to find his family, because we can tell he’s a dog who is loved.”

But if his owners don’t come forward Chance will be available for adoption.

Dog cheats death after plunge near old mine shaft

0 comments on “Dog Cheats Death After Being Shot”