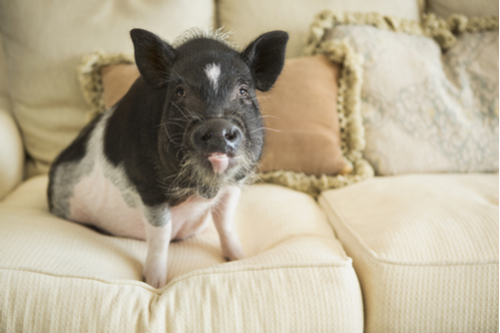 A pet pig called Dumplin was hailed a hero after thwarting burglars.

The little porker who was home alone snorted so loudly that a gang of burglars fled the house.

They had broken into the family home in Indianapolis in the USA when they were confronted by the animal.

The unnamed family had adopted the pig from a shelter.

His owner and the mother of four children who were all out at the time, said: “He’s perfect. He’s the perfect animal. There’s tons of miniature pigs … in shelters and rescues that don’t have homes, and they’re great animals.”

0 comments on “Dumplin the Pig Scares Off Burglars”