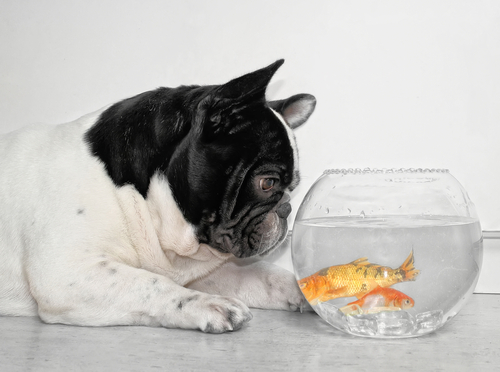 A dog who was horrifically burned in a house fire has made an miraculous recovery after receiving a skin graft using fish skin.

Stella, a one year old Rottweiler, suffered second and third degree burns over 10 percent of her body and had severe breathing problems from smoke inhalation after escaping the house blaze in Lansing, Michigan.

Vets at Michigan State University (MSU) Veterinary Medical Center were unable to give Stella enough anesthetic because of her breathing problems.

They were desperate to find a way to treat her and came up with the idea of using fish skin because it meant she would need less sedation.

Brea Sandness, a vet at MSU, said: “We had to get creative with her burns because of the significant trauma to Stella’s lungs. She wasn’t a great candidate for anesthesia because of her respiratory injuries. But we were able to place the cod skin on her with minimal sedation, which not only allowed us to heal her without additional stress to her lungs, but improved the way her burns healed.”

Cod skin is rich in omega-3 fatty acids and works as both an anti-inflammatory and an antibiotic that helps skin heal and prevents infection.

Stella’s recovery has so impressed vets at MSU that they intend to present her case to a specialist veterinary conference in June.

A delighted Sandness added: “Stella’s case is an inspiration, and her grafts have the potential to be a new and highly effective treatment tool in the veterinary profession. She’s a living example that the fire within her burned stronger than the fire that injured her.”