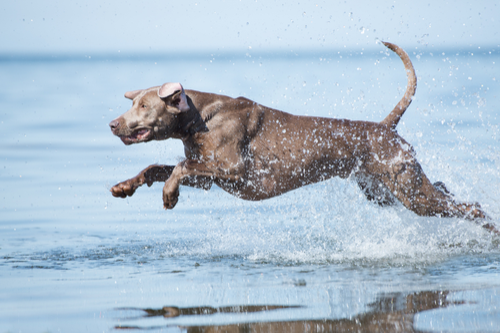 TWO stray dogs saved a swimmer from drowning when they recognised him as a kind elderly gentleman who fed them scraps. The two animals bounded into the sea when 74-year-old retired businessman Yalvaç Aysu got into difficulty.

When lifeguards saw the commotion the animals were making they sped to the rescue and pulled Mr Aysu out. Mr Aysu had regularly fed the homeless animals over the years near his summerhouse in Izmir, on the Turkish coast and the dogs finally rewarded him for his kindness by saving his life. He suffers from vertigo and fell under the waves before losing consciousness as he waded into the water.

The eagle-eyed animals spotted his plight and ran barking and splashing into the waves.

Medics rushed Mr Aysu to a private hospital where he stayed for seven days in the intensive care unit.

He said afterwards: “Thank goodness they saw me. I prefer animals to humans. As long as we don’t hurt them, they won’t hurt us.”

0 comments on “Hero Dogs Save Swimmer”