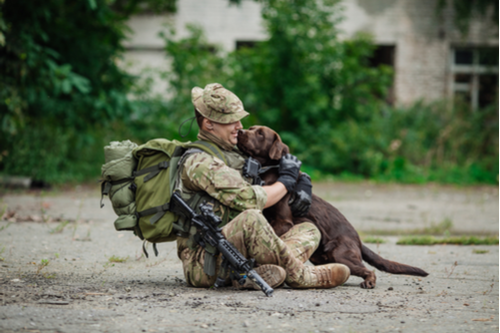 THE British Army has pledged its hero dogs will live out their retirement peacefully after a row about its animals being put down after service.

It emerged 1,000 dogs had been put down over a 15-year period triggering a public outcry.

Military working dogs sniff out explosives and weapons, track and even attack the enemy.

Members of the public said dogs at the end of their service after working on the front line deserved better.

He said: “The policy that we have now is that no dog is euthanized without one of the military vets being consulted. Each dog is seen by a vet, allowing experts to make an informed decision about rehoming them.”

“In years gone by, their chances of survival would have been very low. I understand why people don’t like the idea that sometimes we have to euthanise dogs but we do it because we believe that is best.”

Debbie Connolly, who runs the only rescue centre in the UK rehabilitating retired working dogs, had slammed the Ministry of Defence for its treatment of dogs.

She said that the problem of not rehoming dogs stemmed from the armed forces being closed institutions.

She said: “Historically the MoD has not been cooperative in working with other people. They can’t all be rehabilitated, but the point is they don’t even try.”