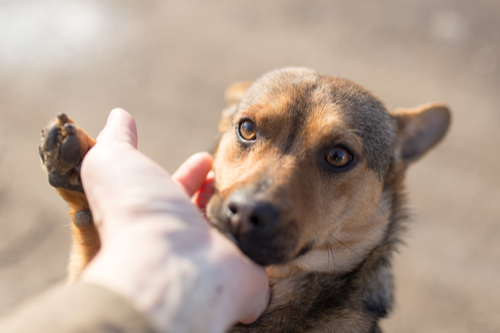 A trucker turned a battered old school bus into an ark to rescue stranded pets during Hurricane Florence.

While emergency services battled to avoid a human disaster in the eye of the storm, the 51-year-old animal lover set off on a rescue mission to save luckless pets trapped in the disaster zone.

Driving at the wheel of an old yellow school bus in the face of the raging hurricane, he traveled from his home in Tennessee to South Carolina to pick up stranded animals from sanctuaries threatened by the raging winds and rains.

He was able to rescue the animals from threatened pet sanctuaries in the heart of the disaster zone to a safe haven in Alabama.

The unassuming hero, a veteran of Hurricane Irma and Maria animal rescue missions in recent years, was praised across social media for his efforts, largely rescuing pets that are too big or too poorly to easily move from animal centers.

He said: “It’s so easy for people to adopt the small pets and the cuties and the cuddly.

“We take on the ones that deserve a chance even though they are big and a little ugly, but I love big dogs, and we find places for them.

“If I have to I pay for all the fuel, or even a boat, to get these dogs out of there.”

Photographs posted by the rescuer on his Facebook page shows how the inside of the school bus has been cleared out and replaced with a stack of cages to transport the animals to safety.

In total, 53 dogs and 11 cats were ferried from the teeth of the storm to the tranquility of Alabama’s Gulf coast.

Saint Frances Animal Centre in Georgetown, South Carolina, was one of the countless centers visited by Alsup as he toured the Atlantic coastline where the storm raged ashore.

In a Facebook posting, the center explained how he had “swooped in to pick up our ‘leftovers’ – the dogs with block heads, the ones with heart worms… The ones no one else will ever take.”

The posting added: “And he got them to safety. Not the most conventional evacuation, but surely with the one with the most heart.”

Animal lovers on social media could not wait to agree

One wrote: “Thank you for what you do for those who can’t speak… God bless you.”

Another added: “You are my hero. This is one of the most amazing, selfless things I’ve ever seen.”

One pet lover declared: “Thank you for caring so deeply about the ‘fur kids’. The world needs more AMAZING people like you.”

As the rescue animals now begin the next stage of their lives, being transported to shelters across the United States for eventual adoption, Alsup has turned to Facebook to praise all those who helped him along the way of his marathon journey.

Having earlier bought the old school bus to help out in animal evacuations in the wake of last year’s Hurricane Harvey, he now hopes to one day open his own shelter.