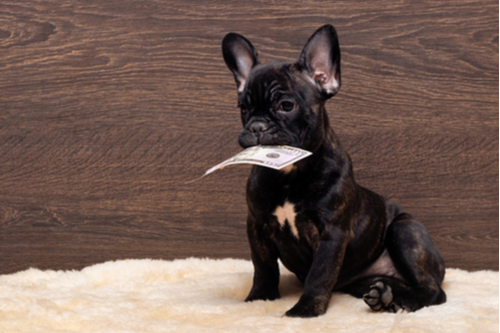 A stray dog has learned how to beg for money which he takes to a hot dog stand to buy food. The clever canine, called Carbon, paws at the legs of customers of the stall who know exactly what he wants.

Carbon is a regular customer of the hot dog stand in Tezoyuca, Mexico, where locals know his routine well and they tell new customers if they give him money he will buy his own food. As soon as he has a coin Carbon leaps up to drop it on the counter in exchange for a hot dog sausage.

Passerby Sergio Vasquez captured Cabron on video when the cheeky pooch approached him to get a coin. Vazquez, who works as a supervisor for a bottled water distributing company, shared the footage of the dog on Facebook.

He said: “When you arrive at the shop he scratches you with his paw on your leg, he only asks you for a coin to buy himself a sausage. I celebrate all dogs, but this one is something very special. It warmed my heart to see what he does. He does this to everyone who comes to the store.”

The video has been viewed over 14 million times with 23,000 people admiring the animal. One local said: “I believe dogs are much more intelligent then we think.”

Doris Gets Her Legs Back