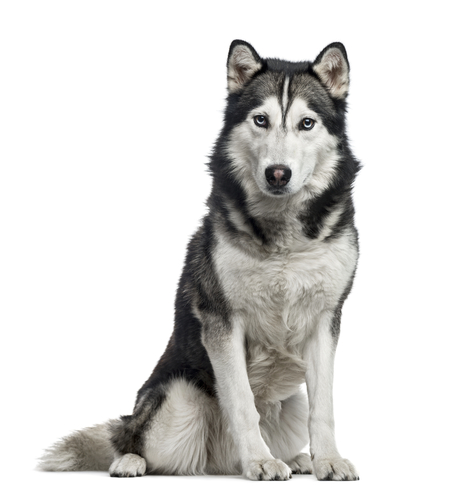 A husky dog saved seven newborn kittens from freezing to death and has now become their mother.

Three-year old female husky Banner sniffed out the tiny animals and saved them from certain death. Now she comforts them and fusses over them as she were their mother. The kittens were abandoned in a cardboard box in woods and faced certain death in sub-zero temperatures.

The mother-of-three let her determined dog lead her into the nearby woods—only to discover Banner circling around an abandoned cardboard box.

Whitney said her pooch dived straight in after she opened the box and pulled out a tiny white kitten and there were six more barely alive kittens laying inside the box.

After taking the kittens back inside her house in Menlo, Georgia, Whitney said Banner refused to leave their side. The dog also insisted on cleaning, cuddling and napping with the seven kittens as if she were their mother.

Whitney said: “She had been acting really weird all morning. I couldn’t understand what was wrong with her. She wasn’t listening to me when I told her to come, which isn’t like her as she is always very well behaved. I knew something had to be wrong.

“She raced into the woods and began circling this cardboard box. I had no idea what would be in there. But when I opened it up, Banner dived straight in and pulled out this tiny white kitten.”

“Someone must have just put them into a cardboard box, closed the lid tight and left them there to die.”

After ensuring all the kittens were healthy, Whitney decided to look after them until they are old enough to be adopted.

She added: “She won’t leave their side. You can see her watching them all the time and counting them to make sure they’re all still there. She lays down with them, cuddles with them and takes naps with them. She is like their adopted mum and she sees them as her babies.