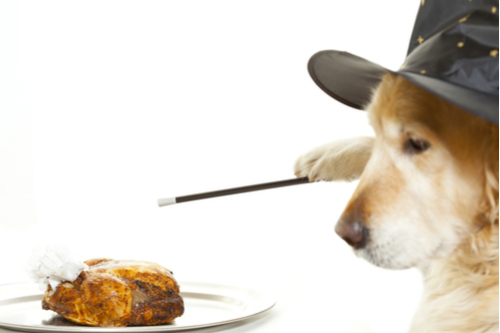 A Harry Potter fan has taught her dog to respond to magic spells made famous in the hit movies.

Anna Brisbin’s dachshund Remus now knows he should obey when he hears the command “Accio ball” and freeze when he hears “Petrificus Totalus.”

The actress from Los Angeles, California, US, taught Remus to react by dramatically voicing the commands—and using a Harry Potter wand.

She shared a video online which showed her pointing her wand at Rebus and repeating the spells.

Amazingly, the pup obeyed freezing on the spot and fetching the small yellow ball his owner tossed.

According to Remus’ Instagram page, the year-old pup’s Harry Potter training began when he was 2 months old. Anna tweeted: “I trained my dog in Harry Potter spells.”

Her video was viewed more than two million times in less than 24 hours, making it a new internet sensation.