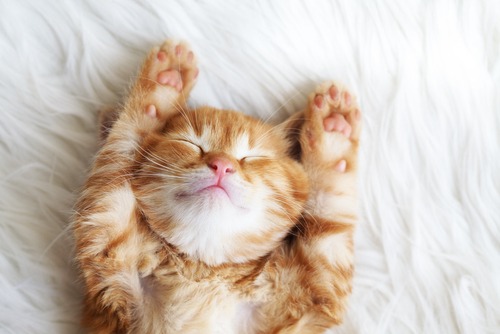 A devoted cat who walked 12 miles home only to be kicked out by his family has been given a new home.

Seven-year-old Toby had lived with the family for years but they grew tired of him and gave him away only for him to make his way back.

When he turned up they took him to a shelter to be put down.

But shelter chiefs were so inspired by his long-distance trek they found him a new home instead.

The orange and white cat from North Carolina was helped by the SPCA of Wake County, who took him in, neutered and treated him for an infection.

Toby’s story has now been shared around the world on social media.

Beth Stern, a foster mother to a number of cats and wife of radio personality Howard Stern, helped the SPCA find him a new home when she posted a picture of Toby on her Instagram account.

His new owner spotted the post and fell in love with Toby. He now lives with his new owner who has two other cats.