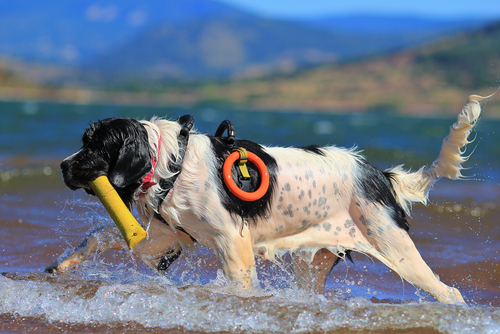 A Navy rescue dog who became an international star after her heroics in the aftermath of the 2017 Mexico earthquake has finally retired.

Golden Labrador Frida had taken part in 53 rescue operations with the Mexican Navy over the past 9 years.

The brave ten-year-old Lab was also part of rescue efforts across South America in Haiti, Guatemala and Ecuador.

Her handlers credit her with saving 12 lives, and helping to locate at least 40 bodies.

But Frida is best known for her bravery after the 2017 Mexican earthquake which killed more than 300 people. Images of Frida searching the rubble of a school while wearing a distinctive canine protective eye-mask became a national symbol of the hope and of the resilience of the Mexican people.

As Mexico rebuilt after the earthquake murals of Frida were painted on walls and a bronze statue of her with her handler was unveiled in Parque Ecológico in Puebla.

The inscription beneath the statue said: “Memorable symbols of strength that Mexicans can have when we decide to unite for a greater cause.”

Frida will spend her retirement in the Mexican countryside, helping to train the next generation of search and rescue dogs.