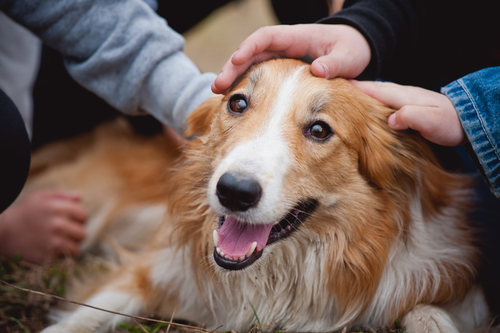 A woman has told of her joy after being reunited with her beloved pet terrier Izzy after its paw prints were spotted.

Ellie Worrall feared Izzy was gone forever after she ran off during a walk. But Izzy had been living eld and after Ellie set up the Find Izzy Facebook group clues came in thick and fast. Her paw prints were spotted in a field two weeks after she disappeared and eventually led to her being found.

Ellie and helpers put out food near the prints to lure Izzy into the open near her home in Darlington, UK.

A  post on the Find Izzy Facebook group said: “The breakthrough came on Monday when we got a call with a genuine sighting and we headed straight there. We searched the area surrounding and found her prints and where she was going for water. Ellie went to move a camera at lunchtime opposite the hedge where I put food this morning and out pops Izzy straight into her owner’s arms.”

Ellie thanked the local community for their help in finding Izzy.

She said on Facebook: “This little girl survived 14 days on her own.

“Thank you to everyone who helped with leaflet dropping, poster-ing, searching, sharing and getting awareness for Izzy and for having faith in our team.”

Ellie added a photo of Izzy back at home, along with the caption:

“All snuggled up at home! She’s 2.9kg, so lost weight, got loads of knots, smells and had fleas. I’ve dealt with the fleas – the rest we can deal with.”

“She spent the rest of the afternoon at work with me getting loads of cuddles from the girls and the family who visited and the all clear from our vet. So happy to be home Xx”