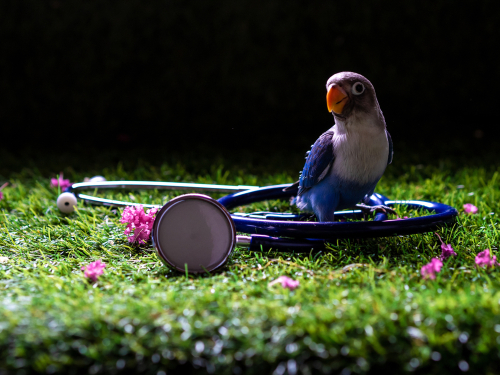 VETS have performed life-saving brain surgery on a rare and endangered parrot.

Surgeons adapted medical techniques used on humans to operate on the 56-day-old kakapo chick after it was born with a hole in its skull.

The kakapo is a large, nocturnal, flightless parrot facing extinction and medics were desperate to save the chick.

Until 200 years ago, it was one of the most common birds in New Zealand, but through a combination of hunting and destruction of its habitat, it’s now teetering on the edge of extinction, with fewer than 150 adult Kakapo alive today.

The poorly chick, named Espy 1B, was hatched as part of a breeding program on Codfish Island in southern New Zealand and was in the care of the Department of Conservation’s Kakapo Recovery Team when an unusual lump was found on its skull during a routine check-up.

The lump turned out to be a symptom of a small hole in the bird’s skull.

Epsy 1B was moved to Massey University’s Wildbase Hospital where the pioneering procedure took place.

Director of Wildbase Hospital Professor Brett Gartrell said the surgery was a world-first.

He said: “This condition could be life-threatening for the critically endangered bird, so action needed to be taken. This is a risky surgery and the common complications for this surgery in humans include permanent brain damage.”

The surgery seems to have been a success, and staff at the Wildbase Hospital say the chick is making a “remarkable recovery.”

Epsy 1B is one of 76 kakapo chicks that have been hatched as part of a breeding program. But a high mortality rate amongst kakapo born in captivity, combined with the continued pressures on their habitat, mean the parrots are likely to stay on the critically endangered list for some years to come.