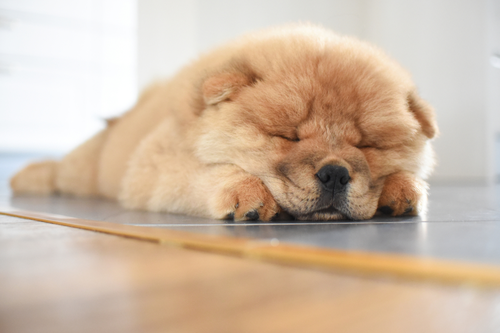 A pair of cute puppies photographed inside flowerpots have become an online sensation.

Images of the two Chow Chows were posted in a bid to find them a home after they were illegally smuggled into the UK.

They were intercepted by border patrol staff in Kent, Canterbury, when officials suspected they were being smuggled.

Officials then handed them over to the Dogs Trust Canterbury, which provides support for illegally smuggled puppies.

The Trust posted pictures of the animals online in a bid to find them homes and both 12-week-old Chow Chows attracted global attention—and new owners. 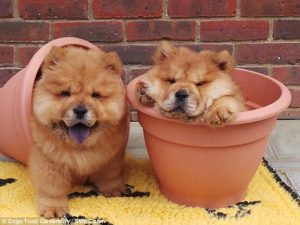 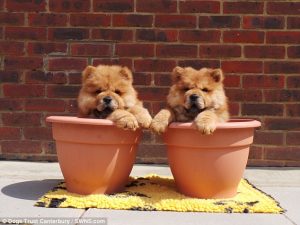 Catherine Tate and Wendy Zhanwei took in the teddy bear lookalike dogs named Cherry and Teddy and the animals went their separate ways.

But two years on the dogs were reunited for a second flower-pot themed photo shoot, although this time they were too large to fit in the pots.

Harriet Blaskett, Dogs Trust Canterbury’s rehoming center manager, said: “These two pups are thriving two years on and it’s lovely that they have been reunited. They have bloomed into wonderful characters with their new families and whilst they might not fit as snugly as they did into the very same flower pots they did – I’m assured they are still the same playful, cheeky puppies that they were then.”