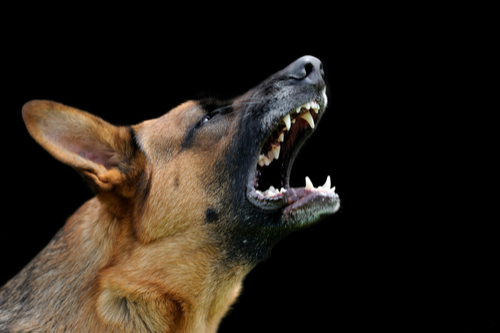 A heroic dog was shot three times protecting his owner from armed robbers.

Brave German Shepherd Rex attacked the armed raiders to protect his owner Javier Mercado, who was hiding in a bedroom.

The burglars had already ransacked downstairs rooms and were close to going into the bedroom when Rex attacked them.

He was shot in the neck and both legs before the two men fled the house in Des Moines, Iowa.

He said: “I just want to thank my dog, if it wasn’t for him I wouldn’t be standing here right now.”

Rex is now expected to make a full recovery after Javier’s family raised £10,000 for his medical treatment.