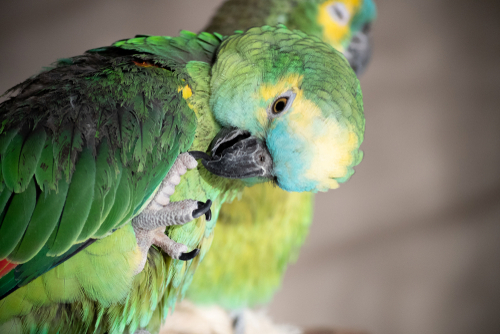 A sick parrot in the blockaded Gaza Strip was saved after medics rushed to the border to save him. Koki the African parrot burned a hole in his throat after drinking bleach and vets wanted to put him out of his misery.

But owner Abdullah Sharaf told them to leave him alone and sent out and SOS on Facebook.

Vets from an animal rights group on the other side of the border in Israel saw the appeal and rushed to the rescue.

The group arrived in a mobile surgery clinic at the Israel-Gaza border and successfully treated the bird.

Israel and Egypt have imposed a blockade on Gaza since the Islamic militant group Hamas seized power in 2007. Palestinians in Gaza face severe travel restrictions, making it difficult to get specialized medical treatment.

Bundle of Fur was Sick Dog Fighting for Life