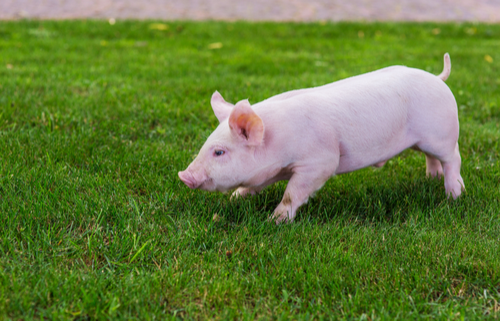 They are pictures that would melt the heart of any animal lover. A wayward pig and a helpful cop became best pals in an instant.

Brittani Berg, who works in the Clearwater Police Department in Florida, received a call from a homeowner after they discovered the pig wandering around their garage.

Brittani was quick to rush to the scene to investigate.

When she arrived at the location she realized that the animal wasn’t eluding capture, quite the opposite, it was keen to make a new friend.

The friendly pig was given food and water and bonded with Brittani as the two clowned around.

After posing for pictures, the pig was reunited with its family.

The police spokesperson said: “The owner of the pig has been located. We’re just happy that the pig was reunited with its owner.”

0 comments on “The Porker and the Cop”