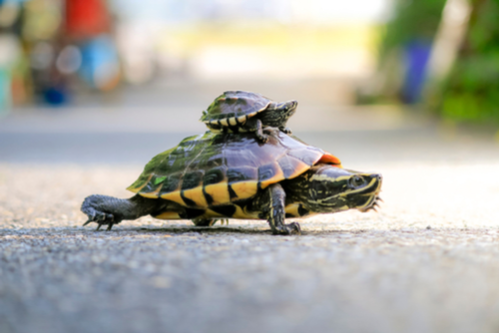 AN Olympic running champion used his speed to save a turtle stranded on a busy road.

David Verburg, who won gold in the US 4×400 meter relay team at the Rio 2016 Olympic Games, dashed to the turtles rescue as cars whizzed by.

The athlete was driving down a busy road in Florida when he saw a tiny animal was at great risk of being crushed by the constant stream of passing vehicles.

But instead of letting the turtle get hit by someone else, Verburg turned around, stopped his car and rushed to save it.

A fellow passenger captured his mercy dash on video and posted it on Facebook.

Verburg said: “Actually, I almost hit it myself. It feels good knowing I could help an animal that needed it. I’ve always had a soft spot for animals.”

After saving the turtle, Verburg found a safe place to release it.

0 comments on “The Sprinter and the Turtle”