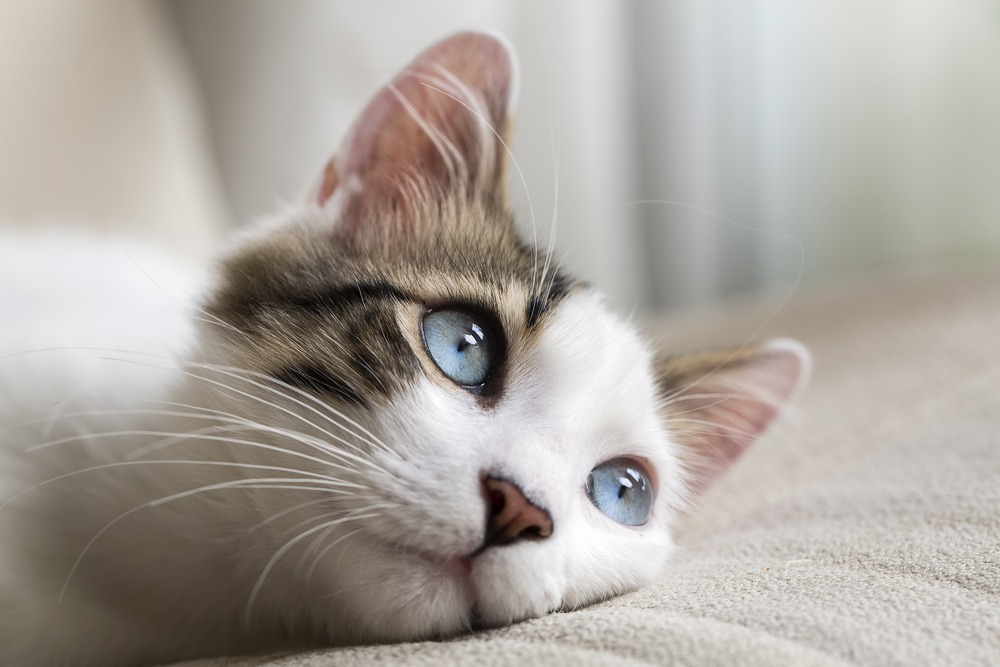 A cat called Rosie was trapped in an empty house for four days before Facebook came to the rescue.

The house owners were away and curious Rosie had somehow got in but couldn’t get out.

It owners resorted to feeding the trapped kitty slices of ham through the letter box but were getting increasingly desperate to find a way to release their beloved pet from the house in Deganwy, Wales.

Rosie’s owner Kerri McHugh, who said the name Rosie stuck because they thought he was a girl when he was a kitten, tried several times to call the tenants.

But they were away, so Kerri contacted the RSPCA and the council but both were unable to help.

Two days after the ordeal began she turned to social media. Within minutes, the landlady had been located and came to let Rosie out.

“We didn’t see him for a while until my husband, who was bringing the shopping in from the car, happened to look up and see Rosie looking back at him through the window of the house next door.

“He went round and knocked but there was no answer.

“Rosie was meowing his head off trying to get out.

“My little girls were in tears and were really upset. We wondered what our other three cats had been looking at when they were all sat at our window.

“We ended up feeding Rosie ham through the letter box and called the RSPCA, but they didn’t know what to do. It was a nightmare.”

By Thursday Kerri was desperate but then posted pictures of him on Facebook to see if anyone could help.

She added: “Within minutes, my phone was pinging with lots of messages and notifications, before I was put in touch with the lady who owns the property.

“She tried to contact the tenants but they had gone away.

“I think Rosie must have sneaked in there when they were home and got trapped inside when they left. In the end, the landlady had to come down and let him out. It’s amazing, the power of Facebook.

“I could see Rosie had already knocked a few picture frames over by sitting on the windowsill, so I dread to think of the mess he’s made in there. We were all glad to have him back. He’s a really loving cat. We gave him lots of welcome home cuddles last night.”