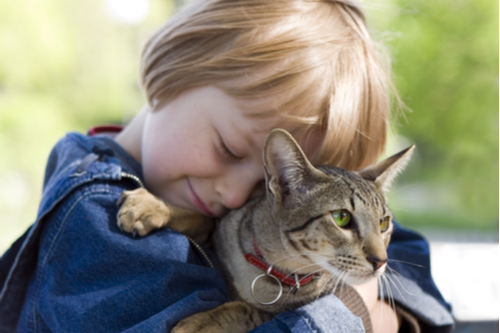 A young New Zealand boy has been hailed a hero after rescuing a kitten from violent children who were torturing the animal.

The black and white kitten was being thrown in the air and kicked when the unnamed boy bravely stepped in.

He grabbed the terrified kitten, tucked it under his coat and ran away despite the jeers of the other kids.

His proud mum helped him look after the kitten, which the family named Zorro because of his distinctive black mask-like facial markings.

The next day Zorro was taken to the Royal New Zealand Society for the Prevention of Cruelty to Animals where staff have taken him to their heart.

0 comments on “Zorro the Cat Rescued”