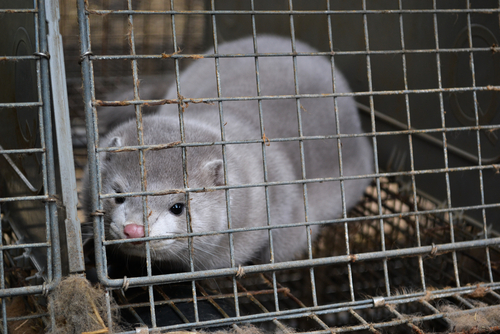 A senior activist has been charged with breaking into a mink farm. Canada-based ant-fur campaigner Malcolm Klimowicz broke into five farms and then posted videos of his actions online.

The leader of the Kitchener Ontario Animal Liberation Alliance now faces criminal charges in connection with a break in at one of the farms in the Enniskillen area near Ontario.

Klimowicz broke into the farms in the dead of night and then put film of what he claimed was animal suffering online.

He handed himself into police after posting a video in which he said: “I will accept the responsibility and repercussions of my acts.”

He hoped his actions would close 40 Ontario fur farms.

The videos were given to the Ontario Society for the Prevention of Cruelty to Animals and posted online.

The activist also said he sees himself as a whistleblower and said he will fight the charges.

Fur producers said activists are regularly trespassing onto their farms and that the videos don’t give any context to the farming operations.