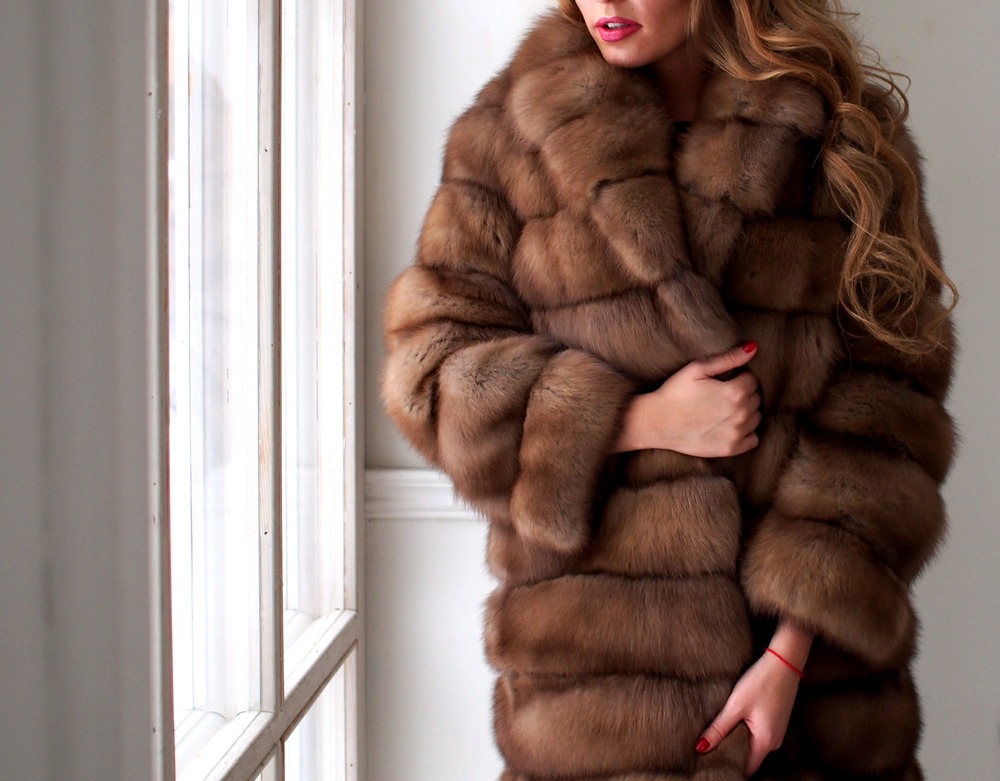 A two-faced activist staged a vegan protest while wearing a fur coat bearing a designer label.

The angry protestor wearing a Canada Goose parka with a big label on the shoulder told onlookers to mind their own business when they spotted her hypocrisy.

She was part of a group brandishing placards with the words “End Speciesism” and “Where is the Humanity” in front of the Antler restaurant in Toronto, Canada.

One onlooker shouted: “Why are you wearing a fur coat?” and the woman snapped back: “That’s my right. I can wear it. It’s none of your business.”

The restaurant chef and owner has become a target of a hate campaign by the protestors.

Michael Hunter infuriated vegans when he butchered and ate a dear steak in his restaurant window weeks before the protest.

Vegans have demanded he now put up a pro-vegan slogan reading “Animals’ lives are their right” in his restaurant.

When he refused activists threatened his business by saying they would scare away customers by projecting an animal rights slogan onto a wall near the restaurant.

Mr. Hunter said: “It’s like eco-terrorism, extortion, whatever you want to call it.

“At one point I just said, ‘Screw it. I’m going to get these people to get out of here.

“When I butchered a deer leg in front of activists it was just totally last resort, I was totally fed up. I wanted to defend myself, defend our customers. You could see people walking in visibly upset … I was just upset and I just kind of thought, ‘Buzz off.”

Police warned organizers they could not project their slogans onto the front of Antler or any of the adjacent buildings.

So instead they held up screens playing videos of animals being tortured in full view of diners.

One man in a light blue suit popped out of the restaurant, casually took a photo of himself standing beside one of the protesters and then went back inside.

He said: “Best meal I’ve ever had. You guys don’t know what you’re missing.”

The restaurant’s online reservation system is still fully booked for weeks ahead.

Hunter added: “We’re a little bit busier than normal right now. At this point, it’s like dinner and a show. People want to see it. People are requesting the window table.”